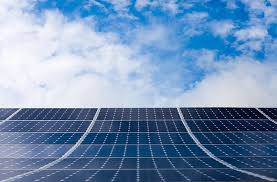 PESHAWAR: Experts in a panel discussion arranged by TNN said solarisation is direly needed in tribal districts, particularly in schools, mosques and hospitals, as electricity system was damaged badly during militancy.

“About 80 percent of tribal districts are mountainous and there is a severe problem of water supply. People bring water from far off areas on their heads and in hand carts. Tribal people value the solar panel system greatly. Not only in tribal districts, solarisation must be carried out in the whole country as it is a wonderful remedy for problems,” he said.

Sohbat Khan: Most of the area in tribal districts is mountainous and water wastage is low as compared to settled areas which are densely populated. No survey has been carried out in tribal districts by the government or non-government organisations about the underground water level and its availability status in future. Water should be preserved for future, but no such programme has been introduced by the government. Every household must be provided water tanks and pipelines. It will reduce water wastage and difficulties of our tribal sisters will also reduce.

Sohbat Khan said the tribal people should view the development projects initiated by the government positively. “So many projects are underway in merged districts. Forty solarisation schemes have been approved under the Public Health Department in Mohmand district. Forty other schemes have also been approved in Khyber district and tender of these schemes was approved last week,” he said.

The Khyber Union leader said many tube wells were damaged during militancy in tribal districts as some were blocked by militants by throwing bricks and they also stole machinery and pipelines from other tubes wells.

“The schemes completed during the last 30 to 40 years were destroyed during militancy and now a complete rehabilitation is in process. The revival of old schemes is a costly exercise that is why the government is introducing new schemes,” he said.

Like the 10-year development package, he said, the people of merged districts need schemes in public health and education sectors. In public health, people need clean drinking water and hospitals for medical treatment. “Education is an important need of tribal districts. People of tribal districts can do without other facilities, but health and education are basic requirements,” he said.

“It is a replacement for WAPDA electricity system. The system consumes space and it causes outflow of the capital from Pakistan because it is an imported system. Most of the equipment used in solar panels is imported from China. WAPDA is our indigenous system and it should be available to all consumers. Solar panels can be used until the WAPDA electricity system is provided in all areas in merged districts,” he said.

The Khyber Union leader said budget should be specified by all the institutions for solar panels.

“The government provides up to Rs.600,000 for installation of solar panel system, but actually it costs up to Rs.1 million or even more. The government should also ask the contractors installing the solar panels to submit security for six months or one year after completion of the project. After completion of the security period, the contractor may get back the security deposit,” he said.

Sakina Mohmand said while taking part in the discussion that there may be some solar-powered tube wells in Sohbat Khan’s area, but her village is situated in mountainous area and wells are about a hundred yards deep. “Women had to pull water in buckets from these deep wells. The lives of tribal women will become easier if solar panels are installed on wells to pump water,” she.

Sakina Mohmand said solar energy projects will work well if a committee within the community is formed to identify best sites. She said influence of tribal maliks and clerics will have to be ignored to ensure transparency.

“Community people will break the influence of tribal notables and it will bring an end to corruption. The people cannot do feasibility study on their own. The government needs to conduct a proper survey and install tube wells for irrigation and potable water where needed,” she said.

Sakina said solar panel system must be installed in the whole FATA, particularly in Mohmand. “I am calling it FATA because the area has not got many facilities after merger with KP. After provision of facilities, I may call it merged districts,” she said.

“It is an easy process and there are no technical issues as such. We often carryout solarisation projects from private sector. I have worked on such projects in Shahkas and Bar Qambarkhel. The experiment was successful as tube wells converted to solar energy are pumping water in good quantity,” he said.