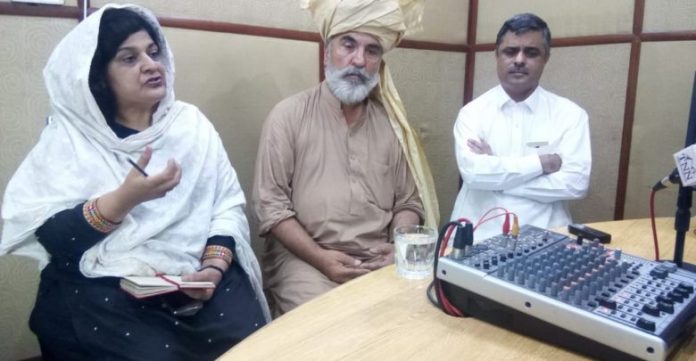 PESHAWAR: Experts in a panel discussion in Badloon program of TNN have termed the election of provincial representatives of tribal districts a massive change for tribal people and said it would be a challenge for new lawmakers to create balance between their basic duty of legislation and policy-making and people’s expectations regarding development work.

“The rehabilitation of infrastructure, education, business activities and public relations in merged districts will also be affected from it. The policy-making decisions will be transferred to grassroots level through provincial representatives,” he said.

“The primary aim of lawmakers is to do legislation after which come the functions of policy-making and government oversight. Oversight will be carried out in the fields of rehabilitation, health, and education etc. They will also conduct case studies on development of other regions and learn from these studies,” he said.

The senior lawyer said infrastructure is available in Peshawar, while in tribal districts, the policy matters and government operations will have to be monitored to ensure a system based on justice and protect rights of citizens.

“If these concepts are followed then tribal districts will make unprecedented development. No MPA must indulge in party-politics or political point-scoring. They should rise above the considerations of color, clan and tribe and work for betterment of the people as a whole,” he said.

“Tribal lawmakers should make legislation about policy matters, set priorities and then ensure government oversight. Completion of a project is not enough. Oversight is mandatory on all institutions like colleges, hospitals etc. If it is done properly, then tribal people will become part of national mainstream within three to five years. If it doesn’t happen then the same practice of elections will be repeated after every five years and the system won’t produce any positive outcome,” he said, adding that the system of check and balance is must to garner trust of people in the system. He said people must be assured that they will get their rights in the new system.

Malik Attaullah said while taking part in discussion that expectations are huge and it is yet to be seen what the new representatives will do because no considerable development occurred in tribal districts previously. He said Makin in South Waziristan is a large town, but it lacks a proper hospital.

“Schools have been constructed in the hujras (male guest houses) of tribal maliks due to which the system is not working properly and there are no colleges either. I don’t support any political party, but still I hope that the new representatives will bring funds for tribal districts for development projects for benefit of the people. If they failed, then they will be presented as scapegoats. MNAs couldn’t do their job properly for tribal districts and we have no hopes from them,” he said.

Malik Attaullah said tribal political culture has been spoiled from the very beginning over the trivial issues of construction of streets and drainage. Unfortunately, he said, the entire politics revolves around these issues and we are seeing these things since long.

“Platform is set for tribal lawmakers as merger has already been done and uncertainly over the merger issue has subsided. New tribal MPAs have the opportunity to set ground for ending the obsolete system. If they failed to do so, then we will not be able to get rid of this system for ever. If they worked properly and set their goals with accuracy, then tribal districts will make swift development,” he said.

The tribal elder said schools and hospitals will be built and literacy rate will improve. “No projects for people were completed in the past. There are some hospitals and schools which have been built in the hujras of tribal maliks and people have no benefit from these structures,” he added.

Shagufta Gul said merger was implemented hastily without proper homework. However, she said, the 25th constitutional amendment still provides a beginning in the shape of policy-making and decision-making powers granted to tribal representatives.

“Tribal areas earlier had no representation in provincial assembly. Tribal people must be educated about the role of MPAs. The main role of representatives is not to construct roads are build drainage system; rather they are expected to do policy-making through legislation,” she said.

Shagufta said senior members of KP Assembly should mentor the newly elected representatives from tribal districts about working of the assembly, about bills, procedure, acts and policies etc. she said tribal representatives must also prioritize their policies about basic needs in their areas. “Proper homework must be carried out before initiating a new process. The new MPAs individually or collectively should prioritize core issues which need immediate attention,” she said.

The rights activist said the second phase in tribal areas after end of militancy is institutional development in which the new MPAs have to play their role in a democratic manner.

“They should identify the problems of schools, colleges, universities, pending cases in courts etc. and select priority issues to address them first and then turn to other areas. There must not be difficult challenges for new MPAs to meet expectations as they belong to the same areas and they are well aware of the local conditions. They have earned the trust of people of tribal districts as they have been sent to KP Assembly by their voters. Now it is up to them how to handle the trust of people,” she said.

Shagufta said the first step has been achieved in the shape of provincial elections and local bodies elections are also approaching. She said the trickle-down effect of good-governance and policy-making is already becoming visible in tribal districts.

“Mainstreaming has already started and now people need to show some patience and tolerance. These issues were pending since decades after which tribal citizens got equal rights like other citizens of Pakistan. We should not expect overnight changes,” she said.

Shagufta said proper strategy for tribal women should also be formulated because women there face many challenges. “Tribal women have no real representation. Strategic planning is required both for the tribal youth and women,” she said.