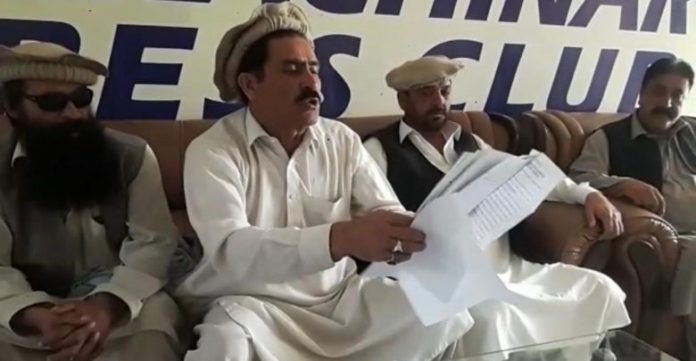 PARACHINAR: The tribal elders of Parachinar in Kurram tribal district have threatened to launch a protest movement if the local station house officer (SHO) was not removed from his service.

The tribal elders Bilal Hussain Turi, Malik Qazi Syed Iftikhar, Nawabzada Syed Kazim, Nusrat Malikhel, Syed Nabi Hussain and others said while addressing a press conference in Parachinar that the SHO while violating the court orders sold the 28 seized cattle of tribesmen instead of returning these cattle to tribesmen. The elders said they were happy over arrival of new police system in the merged districts, but some corrupt officials are damaging this system. They said instead of facilitating the masses, the administrators of the new system have made the lives of tribal people difficult. 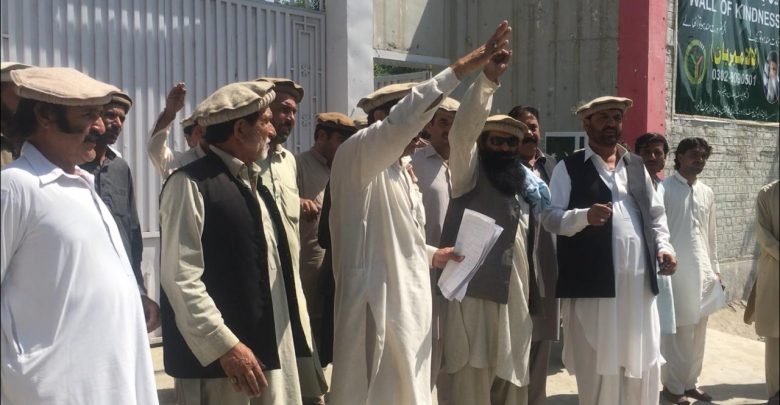 The elders expressed disappointment over non-implementation of the court orders. They alleged that corruption is rampant in the government offices in the area after arrival of the said SHO. They alleged that nothing happens in any office without payment of bribe.

The Parachinar tribesmen demanded the government to appoint a highly educated person as SHO in the area who can provide justice to the local people and understand their difficulties. They said they will stage a sit-in if the SHO was not removed. They alleged that the serving SHO in Parachinar Police Station is an illiterate person who only knows one thing – that is to accept bribe from the poor people. They further alleged that the illiterate SHO even don’t know how to put his signatures, what to talk of providing justice to people. They said the dream of swift development of tribal districts after the merger with Khyber Pakhtunkhwa could not be realised in presence of corrupt officials. They said the system will only work if corrupt officials are taken to task.

After the press conference, the tribal elders also staged protest outside the press club and chanted slogans against the SHO.