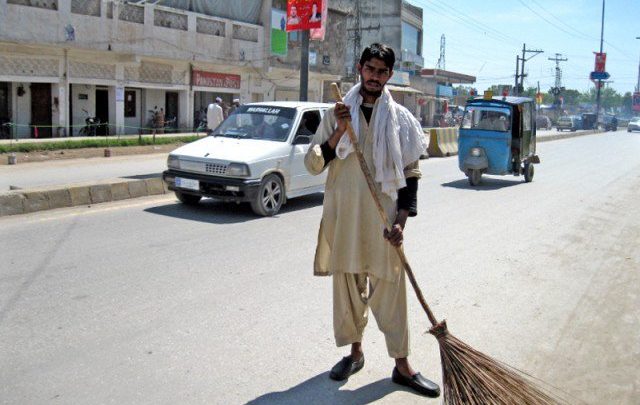 PARACHINAR: Sanitation workers of Parachinar Municipal Corporation on Tuesday threatened to launch a protest drive if they were given their 18 months salaries.

Addressing a press conference here at Parachinar Press Club, President Sweepers Union Hannan Ghauri said that salaries they get from the corporation was their only source of income.

“We can neither pay our children school fee nor meet our families’ daily expenses,” he said, adding that they were deprived of their salaries.

He said that Christian Community has been living since 1961 and working for the corporation as sweepers but the corporation has never thought to regularize their services.

The union president said that corporation has even stopped their salaries, appealing to governor Khyber Pakhtunkhwa and Chief of Army Staff to help them get their salaries.