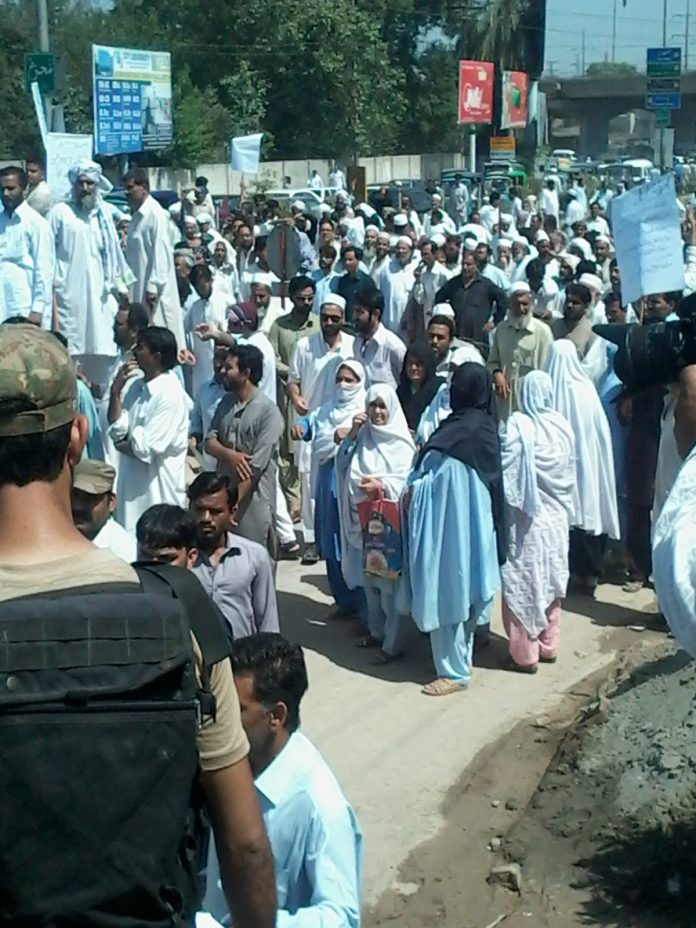 PESHAWAR, September 10: Paramedical staff of the Khyber Pakhtunkhwa Health Department has protested in favour of their demands of time scale promotion formula and health professional allowance by boycott duties at state-run hospitals, except emergency.

At a rally in front of the provincial assembly building, the demonstrators said the provincial health minister had approved the time scale formula for them in a meeting but till now that had not been applied.

They warned that if their demands were not met in three days, they would launch protests throughout the province and start boycotting duties in all the hospitals.

“We have two demands, ie professional health allowance because the doctors are being given 15 and 20 thousand rupees while our colleagues only get the basic pay. If our demand is not fulfilled, we will start staging sit-ins in the province,” said one of the paramedics.

When contacted, the Director of the Health Department in Peshawar, Mr Abdul Waheed said the government needed to legislate to fulfill the demands of the paramedics.