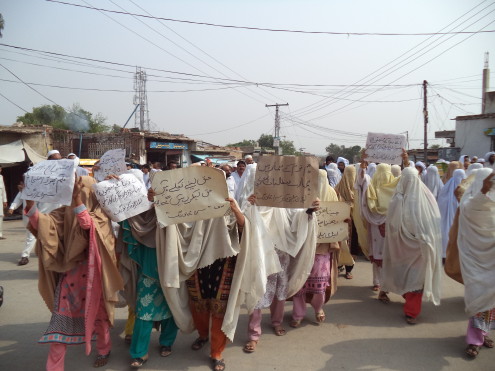 At the demonstration on 11 September, the protesters demanded the government pay their wages for polio and measles campaigns and that the lady health workers must be given permanent jobs like regular employees as was done in other provinces on the orders of Supreme Court.

The protesters also demanded implementation of the time-scale promotion formula and health allowance. They said they would start boycotting their duties if their demands were not entertained till 14 September.

“Many of our fellows have not got wages of the year 2012 so far. We have been regularised but a notification has not been issued in this respect till now. Our protest will continue till the notification is issued,” said one of the speakers.