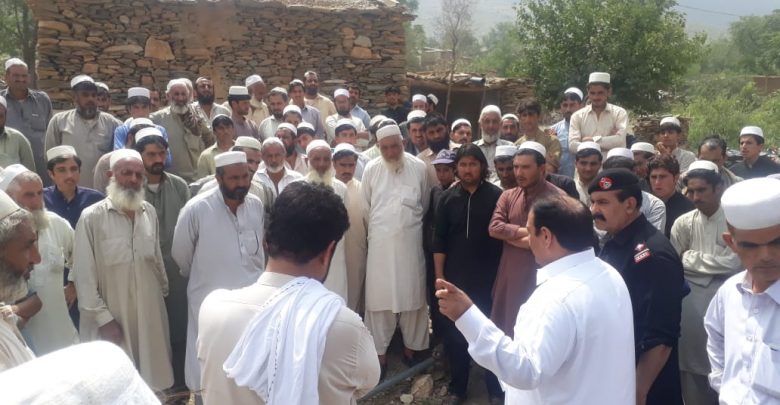 BARA: The parents of students of a government school in Khyber Agency on Saturday staged a protest against a teacher who took oath from his students on suspicion of theft.

Local tribal elders said that Juma Khan, a teacher at Government Middle School Kambela, which is situated in Malagori area of Khyber tribal district, took oath from his 32 students of fifth grade on the Holy Quran after some equipment of the classroom was allegedly stolen.

After this incident, the parents of the student blocked Tatara Road for all kinds of traffic to record their protest. The protesters also pelted stones at the school building and tried to damage the school’s equipment.

The parents demanded the district administration to immediately transfer three teachers of the school and conduct investigation into the whole incident. They said they will never send their children to school until the teachers are transferred. The protesters ended their agitation after local tehsildar Sheharyar Khan Mohmand assured them that the teachers will be transferred.

District Education Officer Jadoon Khan Wazir said notice of the incident has been taken at higher level and it is being investigated.