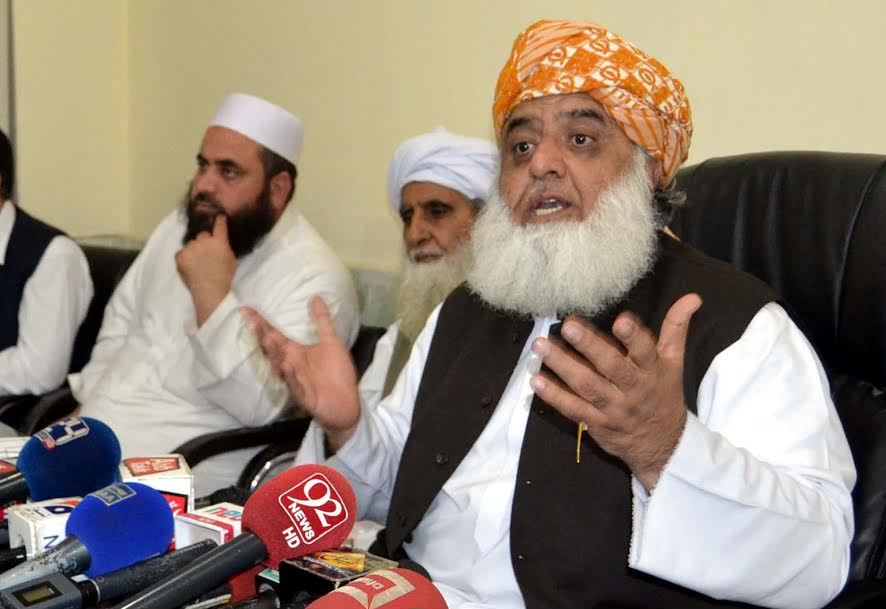 MARDAN: Jamiat Ulema-e-Islam chief Maulana Fazlur Rahman on Thursday said that Parliament could not change status of Fata and demanded referendum before deciding its future.

Addressing a party convention here, he asked the government to hold referendum before changing 100 years old system in Fata to acsertain whether people of Fata wanted merger or separate province.

“JUI-F too wants consultation on this issue, listen and convince all stakeholders with logic before taking any step,” JUI-F chief said.

He said that any decision regarding future of Fata should not be enforced on its people rather they should be taken in confidence.