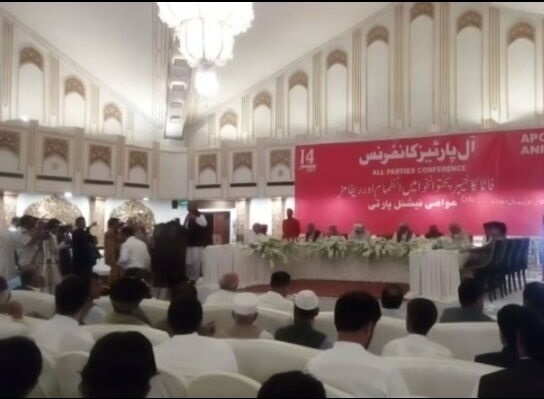 Some opposed Riawaj Act and extension of Islamabad High Court jurisdiction to tribal areas while others claimed they were against the Frontier Crime Regulations but Parliament has no jurisdiction over Fata as per the constitution.

Awami National Party and members National Assembly from tribal areas said that extension of IHC jurisdiction would it impossible for many tribesmen to take their case there keeping in view the extreme poverty.

they said that a large number of people even could not afford to travel inside their own agencies let alone traveling to Islamabad. ANP chief Asfandyar Wali Khan said that Fata was the most neglected part of the country that was always misused for vested interests.

He also criticized Jamiat Ulema-e-Islam chief Maulana Fazlur Rahman and Pakhtunkhwa Milli Awami Party Mehmud Khan Achakzai for their stance on Fata reforms and accused them of opposing the reforms for their personal interests. Achakzai said that he too was against Frontier Crime Regulations but under the constitution parliament has no jurisdiction over Fata.

He said that his party’s stance from the very start was to let people of Fata decide its future either they wanted merger or a separate province.

Maulana Fazl, in his speech, Fata reforms process was getting complicated with each passing day and Asfandyar Wali was making it more controversial. He said the reforms issue should be resolved through dialogue and informed the participants that his party would soon invite all parties on the issue.

Professor Ibrahim of Jamaat-i-Islami demanded to abolish FCR that based on injustice and assured his party support in favour of reforms.

MNA from Khyber Agency, Alhaj Shah Jee Gul rejected IHC jurisdiction and Riwaj Act to Fata and asked the government to give deadline till November 9. Opposition Leader Syed Khurshid Shah said that tribal people have rendered matchless sacrifices in war on terror and expressed his pleasure over the gathering of political leaders to decide future of Fata.