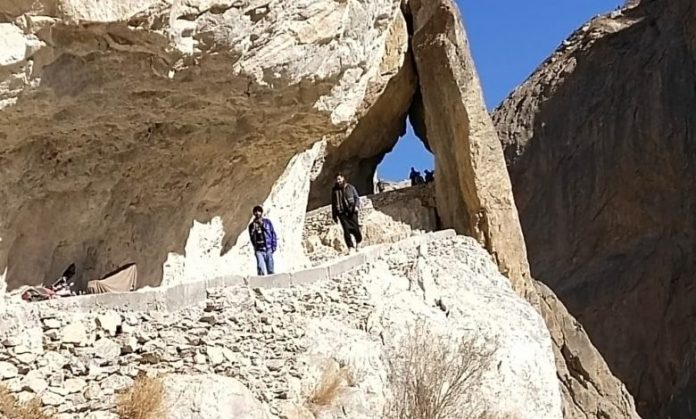 Parsan valley, an inaccessible and remote village of Lower Chitral district is waiting for the government to construct a road to connect it with rest of the country.

Parsan valley is located about 45 kilometres from Chitral town and has population of 5,000 people.

For years, Parsan residents used to walk on foot along the river bank to reach outside world. A mountain was the main hurdle between the valley and rest of the world.

However, a couple of years back, a non-governmental organization dug a tunnel across the mountain. The NGO also constructed a dirt track for vehicles to connect the valley with the outside world.

Mountain cliffs are perched over the dirt track while river skirts it several thousand feet below.

Local told TNN that at least 15 locals have died in various traffic accidents on this track while several others have injured.

They said whenever the road needed mending, volunteers working under the Karimabad Development Movement repair it.

“We never imagined someday someone will dug up this mountain to connect us with the rest of the world,” they said.

However, they said it took their girls and boys, three to four hours, to reach nearest colleges. There is a high school for boys in the village. Besides, they said that ailing villagers die on way before reaching a medical facility.

The locals demanded the authorities to construct the Parsan valley road. They also demanded for construction of a fence on the roadside leading to river to protect their lives.