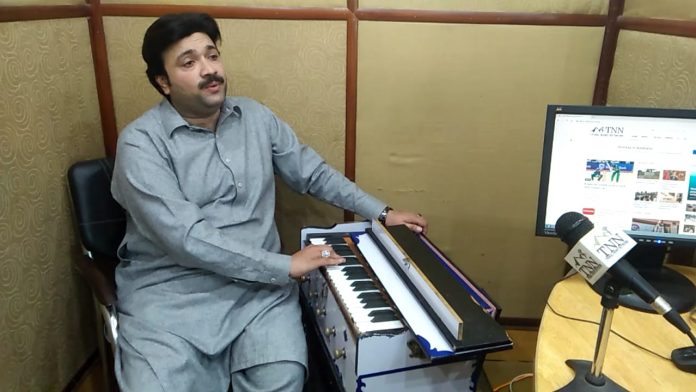 PESHAWAR: Eminent Pashto singer Raees Bacha says he prefers simple poetry instead of deep and complex poetry so that his songs could be easily understood and enjoyed by the educated and uneducated people alike.

In an interview with TNN, Raees Bacha said he always endeavours to use such poetry which fulfils qualitative standards and is understandable for the listeners.

Raees Bacha said he was born in Salikhana area of Cherat, but doesn’t know about his date of birth. He said he now lives in Peshawar and Mardan where he own residences. “I wanted to enter the field of music industry from my childhood. I was very fond of listening to the songs of Zahir Mashukhel,” he said.

Raees Bacha is famous among his lovers for his unique style of ‘tappa’. “I have great respect for all the Pashto poets, but I have special regard for Fareedulah Fareed who writes poetry for my songs. I try to present his poetry in a unique style in my songs which is liked by the listeners,” he said.

Raees Bacha left the school after fifth grade and hasn’t done any poetry himself, however, he says he understands and appreciates good poetry. That is why, he said, he always endeavours to use quality poetry in his songs.

The adorable singer also knows how to play harmonium. He said he learnt the art of playing harmonium from Ustad Nazir Gul, while he is inspired from Zahir Mashukhel in his singing.

Raees says he has sung eight songs for Pashto films while he has also produced 45 albums besides hundreds of other songs including ghazal, rubai, tappa, nemkai and charbetai etc. He says he is also planning to sing Urdu ghazal. He said he is preparing to release an album of 11 ghazals and hoped that it would be liked by the audience.

Raess Bacha is particularly happy with the use of modern technology in the Pashto music which has made it versatile and a source of entertainment for the audience world over.

“I participated in a music programme in Lahore few days ago where few Punjabis were also present. I asked them how they understand Pashto language, to which they replied that they in fact like the Pashto music,” he said.