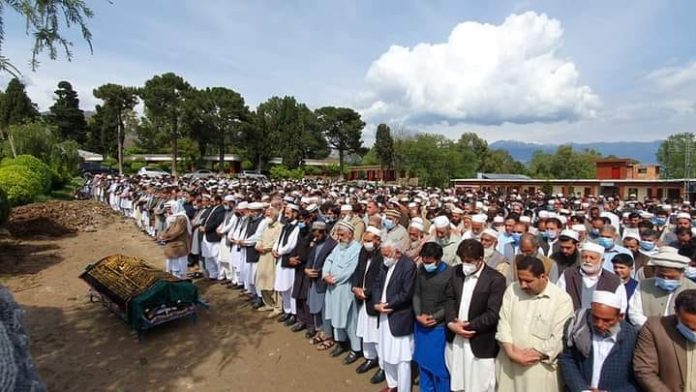 PESHAWAR: Former vice chancellor of Islamia College University Peshawar, the teacher of thousands of students, Professor Dr Habib Ahmed has died of coronavirus and his funeral was offered in Swat.

“Pashto is our mother language. It needs investment and it shouldn’t be just a source of income.” These were Dr Habib’s thoughts about the importance of the mother language. The half fee remission practice is still continuing in the Pashto Department and the students always pay tributes to Prof Habib Ahmed for this arrangement.

Besides Islamia College University, Prof Habib Ahmed also served as VC of Hazara University. His services for the field of education are recognised by everyone.

Prof Abaseen Yousafzai said Prof Habib Ahmed was a straight forward person and he believed in hard work rather than verbosity.

Dr Habib Ahmed was awarded with Tamgha-e-Imtiaz by President of Pakistan in recognition of his services on March 23, 2011. He also got best university teacher award from the Higher Education Commission. He also got Productive Scientist of Pakistan Award consecutively from 2011 to 2016 which is a record.

The list of awards is long, but his real award is the hundreds of students who got the opportunity of learning Pashto and serving the field of literature and the country at large due to his efforts.