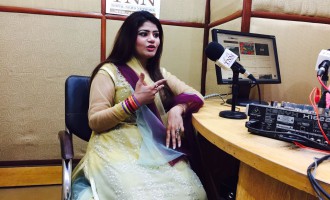 PESHAWAR: “This is poverty that forced me to opt for singing and acting in Pashtu dramas and films,” said singer-cum-actress Bushra Kanwal.

She said she started singing and acting in dramas and films after death of her father in her early age as there was no one bread winner in her family. She lamented that Pashtun love music but not musicians and singers and don’t give them the respect they (musicians) deserve.

Hailing from Shabqadar tehsil of Charsadda district, she said she has been in this profession for last five years. Her family relocated to Peshawar from her native town and never left Peshawar after her father’s demise.

Talking to Tribal News Network, she claimed her relatives grabbed her house and property by force and expelled them from their home in the village. She studied only till fifth grade and quit her education due to poverty. She has a younger sister who she wants  to complete her education. Bushra’s ambition was to become a doctor and serve the poor but could not fulfill it due to poverty. 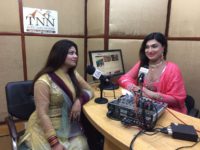 She sang many songs and acted in several movies and Pashtu dramas. She said she likes to play sad role in drama and movies. “I am sensitive and emotional and cry easily therefore I can play such role very easily,” she said.

Bushra didn’t play as heroine in any film or drama as she never agreed to wear unreasonable dresses and mostly played as sister of hero.

She added that she liked ghazals and wanted to focus on singing ghazals in future. “I am fan of Pashtu singers Haroon Bacha and Mah Jabeen Qizalbash and like film actor Badar Munir,” she added.

The singer admitted that Pukhton culture and values were quite different from that depicted in movies and dramas and urged the government to support the dying Pashtu music and film industry to keep this alive.