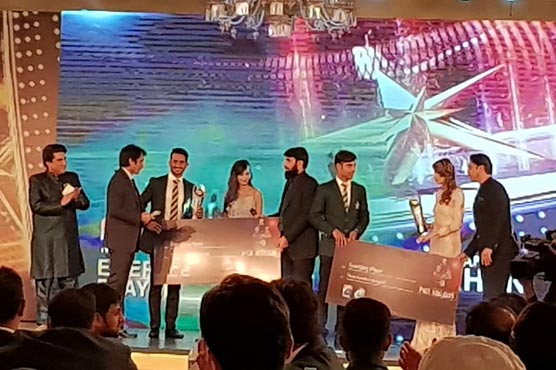 On the occasion, the PCB awarded life time achievement, spirit of cricket award and cash prize to former captain Misbahul Haq. Younis Khan and Shahid Afridi were also invited to the ceremony, but they did not come due to unknown reasons. The Rs10 million prizes each for both these cricketers were donated to Edhi Foundation after they did not come to the ceremony.