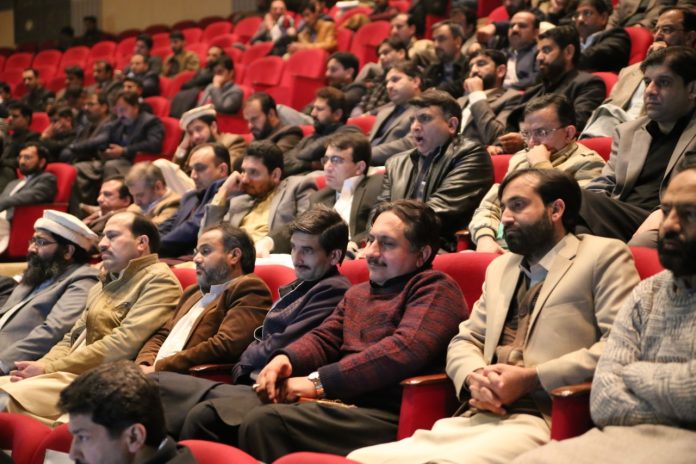 The conference was attended by members of provincial assembly, bureaucrats, PCS officers and their counterparts, representatives of police, Pakistan Administrative Services, researchers from academic institutes, experts of civil society, faculty members from educational institutes and policymakers.

Representatives from the PCS bodies of KP, Sindh, Punjab and Balochistan attended the meeting and expressed their opinions in the seminar. Moreover, representatives of federal services including, Pakistan Audit and Accounts Service, Internal Revenue Service also attended the seminar and appreciated the efforts of All Pakistan PCS Association for highlighting the real issues and challenges.

Coordinator of PCS KP Association Fahad Ikram Qazi briefed the participants about the ongoing challenges and struggles of civil service. He demanded creation of placement board for the promotion. He also maintained that rotation policy should be introduced. “Only performance should determine the purpose of promotion,” he maintained.

He also spoke about the Fata transition and suggested that a legal structure should be established to ensure proper development.

Shaukat Yousafzai in his address stated that the Government is working for the betterment of PCS officers and will support them, adding that the demands of provincial service officers are legitimate and will be met accordingly.

Noorul Amin, PCS officer from Balochistan, said they will uphold the promised high ideal of rule of law.

Sardar Hussain Babak appreciated the PCS Association and spoke about the concerns of officers. He said we should discourage the environment of criticism for the sake of criticism.

To acknowledge the services of civil servant officers, for the first time in the history, they were given shields.