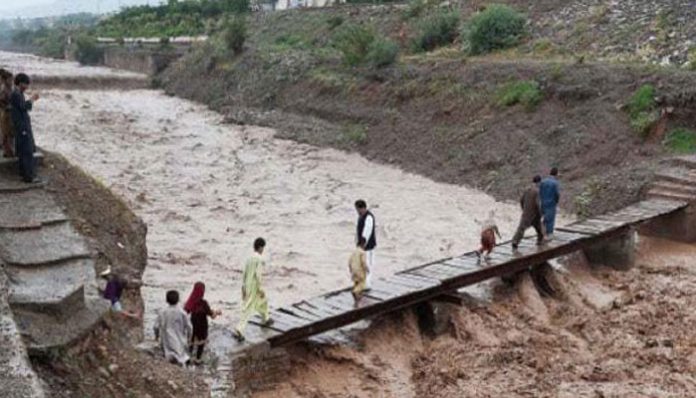 PESHAWAR: The Provincial Disaster Management Authority (PDMA) has informed all Deputy Commissioners in Khyber Pakhtunkhwa about another wave of dust-thunder storm and rain in the province from Tuesday.

Directives were issued on Saturday by PDMA after the weather forecast of the Pakistan Meteorological Department (PMD). It has predicted that a westerly wave is likely to enter western parts of the country on Tuesday and may affect upper and central parts till Thursday and persist over northern areas till Friday.

Under the influence of this weather system, said the notification of PDMA, widespread dust-thunderstorm and rains associated with strong gusty winds are expected in the province from Tuesday to Thursday. Hailstorm is also expected at isolated places in upper KP during the period. Farmers are advised to take precautionary measures during the forecast period.

The PDMA has requested to take all precautionary measures in order to avoid human losses and any damages to property. The districts administrations were asked to inform tourists about the weather forecast. They were asked to ensure the availability of emergency services staff, machinery and another resource to take timely action in case of emergency situation.

Experts believe that the recent extreme weather pattern is the result of climate change in the country which has incurred huge human and property loss to the province. Last week, rains followed by flash floods have killed 39 and injured dozens in the last two days across Pakistan, government officials said media.

According to the National Disaster Management Authority, most of the deaths have been reported from Khyber Pakhtunkhwa and Balochistan provinces. The NDMA further added that over 2,000 houses and a huge quantity of standing wheat crop damaged due to heavy rains in Punjab.

Heavy rains caused flash floods in parts of KP, especially in Tribal Districts and Balochistan forcing hundreds of residents to move to safer places, It has also damaged standing crops.