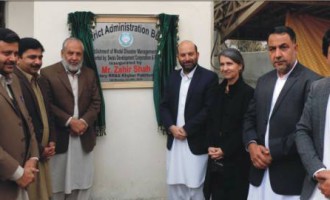 Talking to media, secretary relief PDMA Zahir Shah said that the unit was being established with financial collaboration of Swiss government that would cost Rs32 million.

He said the unit would responde to any disaster and create awareness among locals how to handle disasters and emergencies.

He added that the unit would be extended to other districts of the province.