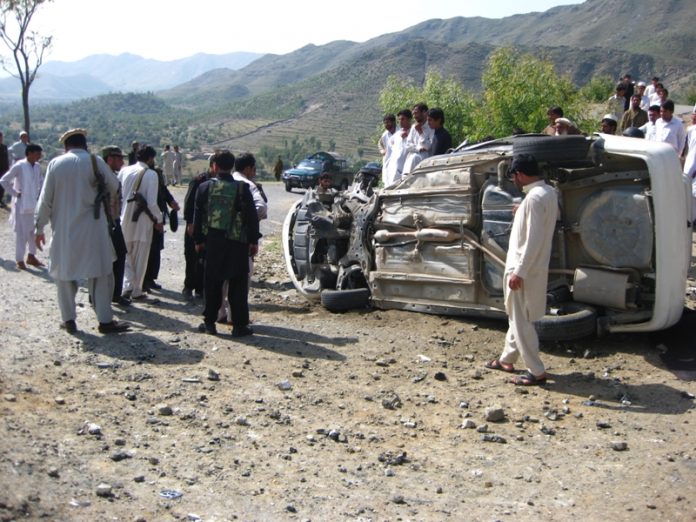 KHAR, October 9: Six people, including a member of peace committee and his mother, have been injured in a bomb blast in Bajaur Agency.

Administration officials say the vehicle that Mr Shah Muhammad along with his mother and other relatives were travelling in hit a roadside bomb in Ghakhi area of Salarzai tehsil at morning.

The injured were rushed to Ghallanai Headquarters Hospital, while the security forces launched a search operation in the area soon after the blast.