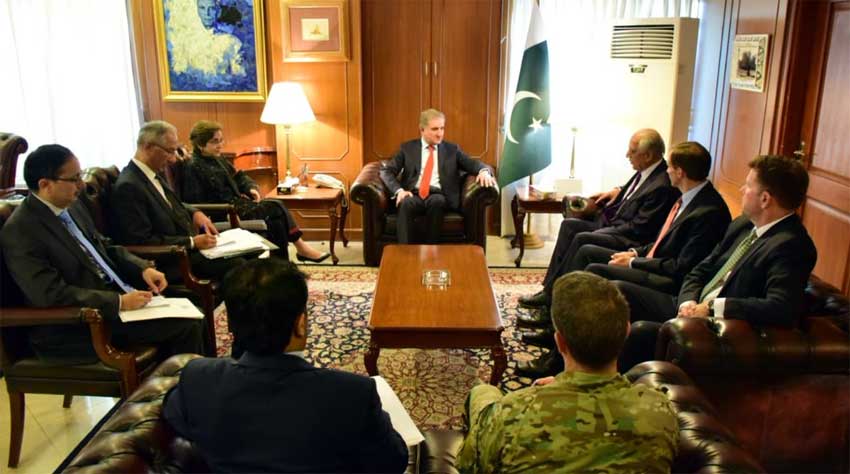 During his stay in Pakistan, Special Representative Khalilzad met with key officials in the government of Pakistan. He consulted with Pakistani leaders on how best to achieve a durable political settlement in Afghanistan, says a press released.

Special Representative Khalilzad reiterated that peace in Afghanistan is vital to the long-term stability of Pakistan and the wider region.

Earlier, the Foreign Office spokesman Dr Muhammad Faisal said on Twitter that Foreign Minister Shah Mehmood Qureshi during the meeting with the US delegation reiterated Pakistan’s efforts for achieving peace in Afghanistan. Shah Mehmood said Pakistan will continue to play its role for political solution of Afghan conflict. He said Pakistan welcomes the US efforts for peace in Afghanistan.

Security, defence and diplomatic officials from both sides attended the delegation level talks in Islamabad on Tuesday.