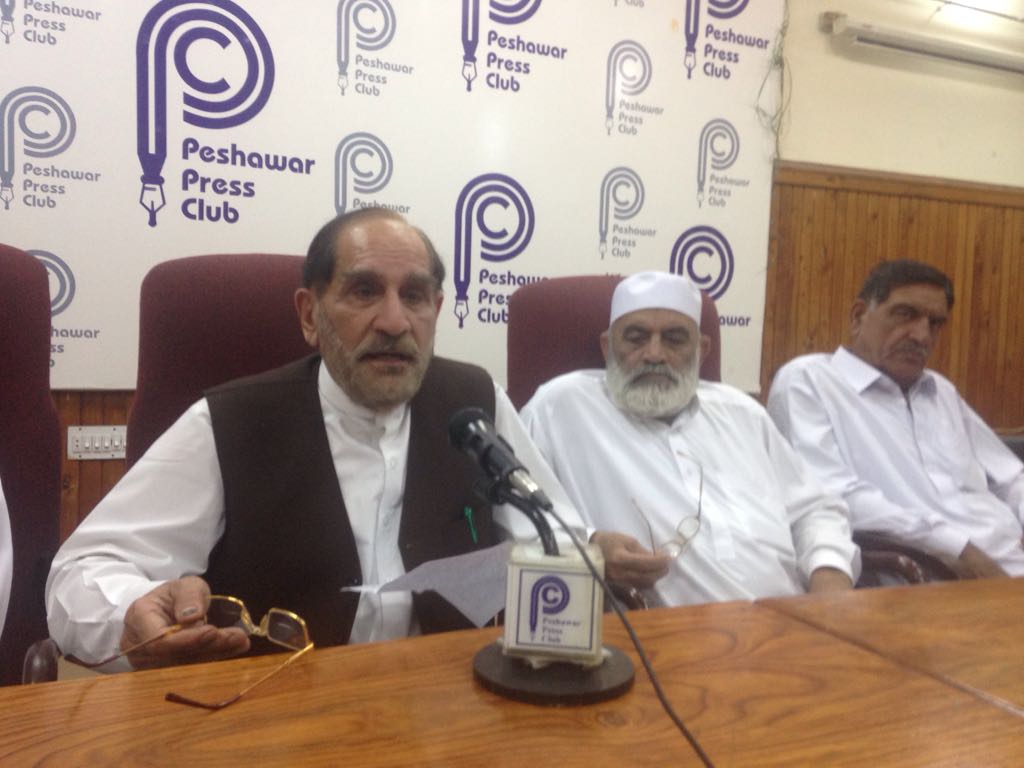 PESHAWAR, 31 October: Former employees of Peshawar Public School on Tuesday expressed their concerned over non-issuance of pension and appealed the provincial government to immediately release it.

Addressing a press conference here, former principal Muhammad Jamil Khan along with retired officials said that they had spent 35 years of their life to make the institution one of the best educational schools.

“And the government stopped our pension to award for our life-long service,” he said, adding that two months have been passed since their pensions were withheld due to which they have been facing problems.

They urged Chief Minister Khattak to take notice and immediately release their pensions. He said that retired employees include teachers and class-VI employees for whom the pension as sole source of income.