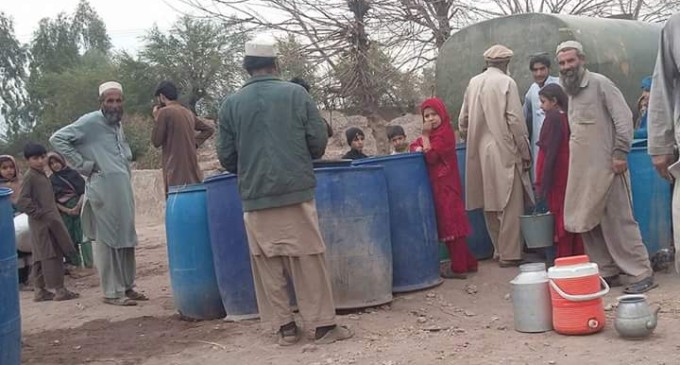 SADDA, 1 October: Several people of Khwedad tribe of Central Kurram Agency have been compelled to leave the area due to lack of drinking water.

The area elder, Malik Haji Rai Khan told TNN that the people of Turbat, Sparkat, Dan, Mosam, Shengai, Taray and Mangai earlier used the water from natural streams, but that have also been dried up due to dry spell. He said about 700 families live in the area, but several families have now moved to Tora Warai area of Hangu due to lack of drinking water. He said most people of the area are poor and cannot afford to make own arrangements for water.

The tribal elder called upon the government to make arrangements for water supply in the area so that the migrated people could return to their homes.

“Streams and wells have dried up and no one here can afford to buy water tankers. I am well off economically, but even I can’t afford to buy tankers on daily basis. People left their houses because there is no life without water. The government should dug wells for us to bring life back to our area,” the tribal elder told TNN.