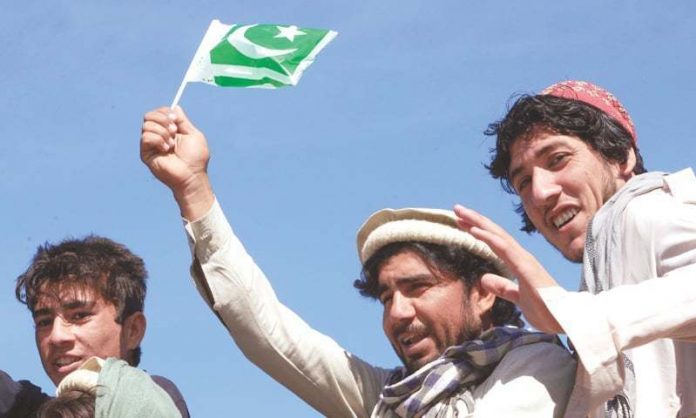 The Khyber Pakhtunkhwa Home Department has also informed deputy commissioners of Khyber, Orakzai and South Waziristan to shift their offices inside these districts within three months. This step has been taken to reduce the problems of people and address their sense of deprivation.

Analysts say the shifting of deputy commissioners’ offices is part of the merger plan which would bring good results.

Peshawar High Court (PHC) has said that Rs.13 billion funds are needed for establishment of district and tehsil level courts i.e. judicial complexes in tribal districts. These courts will also require 52 judicial officers and over 800 other staff.

Mehwish Bibi, a women rights activist from Kurram, said despite extension of courts’ jurisdiction, people in her area still resolve their disputes through Jirga. She said courts are situated in Hangu and people cannot afford to go there. She said women will particular benefit from shifting of courts inside tribal districts.

She said, “It is really good that courts are brought inside Kurram as people are still living under the old Jirga system and there is no justice. Positive change will come to Kurram with arrival of courts and lawyers.”

Elections of Bar Council were also held in Kurram after establishment of court in which Mehmood Turi was elected as president. Mehmood Turi said the shifting of courts to merged districts will benefit the common people and lawyers will get facilities.

Mehmood Turi said, “There is a huge distance between Kurram and Hangu. Even distance to Thall is also long and difficult. There were no facilities for lawyers in Hangu courts to sit in a proper place and the difficulties of litigants were even worse. It was very difficult for people of Kurram to cover long distances for pursuing their cases. We met the Chief Justice of Pakistan and registrar of the Peshawar High Court for brining courts inside Kurram and we succeeded in our efforts. People are now very happy over shifting of courts inside Kurram. We have seven judges for our tribal districts.”

Muhammad Yaqoob Advocate from Miranshah said the college was closed since last many years and utilization of the building for judicial complex is a good step. He alleged that the employees of judicial complex, who don’t want to serve in North Waziristan, are making negative propaganda over the issue.

Muhammad Yaqoob said, “Courts of North Waziristan have been shifted from Bannu to Miranshah keeping in view the difficulties of litigants. Some lawyers and employees might have raised objections over shifting of judicial complex to girls college for personal gains. It might be a temporary arrangement, but people will greatly benefit from courts in their native area.”

Like courts, the offices deputy commissioners of some tribal districts — Khyber, Orakzai and South Waziristan — are also functioning outside their respective districts due to which people of these areas had to travel to settled districts even for trivial matters and face many difficulties. In order to resolve problems of the masses, the KP government issued orders to deputy commissioners of these three tribal districts on June 27 to shift their offices and attached departments to respective district headquarters within three months. People of tribal districts have expressed happiness over this step of the government.

Sher Rehman said, “People will greatly benefit from shifting of DC office to our area. Previously, the people travelled long distances for their tasks at the DC offices in settled areas. People used to sit on roads outside the DC offices as there were no proper sitting arrangements for visitors. Shifting of administration office will save time and money of people and they will get relief.”

Salman Afridi from Bara said the British era system in tribal districts did not benefit the common man.

He said, “Change is happening in merged districts after a long time and positive results are expected. Previously, the whole tribe was punished for the mistake of a single member. That system has come to an end now.”

Arif Hussain Turi from Kurram said people will have the facility to access courts in their own areas. He said FCR has been abolished and now all departments will be shifted inside tribal districts.

He said, “Judges will enjoy the great atmosphere and hospitality of people in merged districts.”

Rab Nawaz from Shewa said people in North Waziristan are happy over the merger and end of Jirga system and they are waiting for arrival of police and judicial system.

He said, “Decision of shifting Judicial Complex of North Waziristan to Miranshah must be implemented immediately to facilitate the local people.”

Naila from Kurram said people can easily access courts and resolve our problems there.

She said, “Women will particularly benefit from this development. Previously, the courts of Kurram were situated in Thall and it was almost impossible for local people to go there to pursue their cases.”

Aziz Ahmed from Orakzai asked how a district can make development when its offices are situated outside the district.

He said, “Administration offices must be shifted inside tribal districts to bring peace, development and prosperity in these districts.”

A tribal woman said crime rate will reduce in merged districts after shifting of judicial and administrative offices. She said previously people used to get huge punishments for trivial mistakes. She said the government should also make sure that the shifted offices work efficiently to serve the people of merged districts. She hoped that the shifted offices will facilitate women to raise voice for their rights and register reports.

Subedar Muhammad Yousaf from Bara said courts must be shifted inside tribal districts without delay and it will bring an end to conflicts and people’s problems will be resolved.