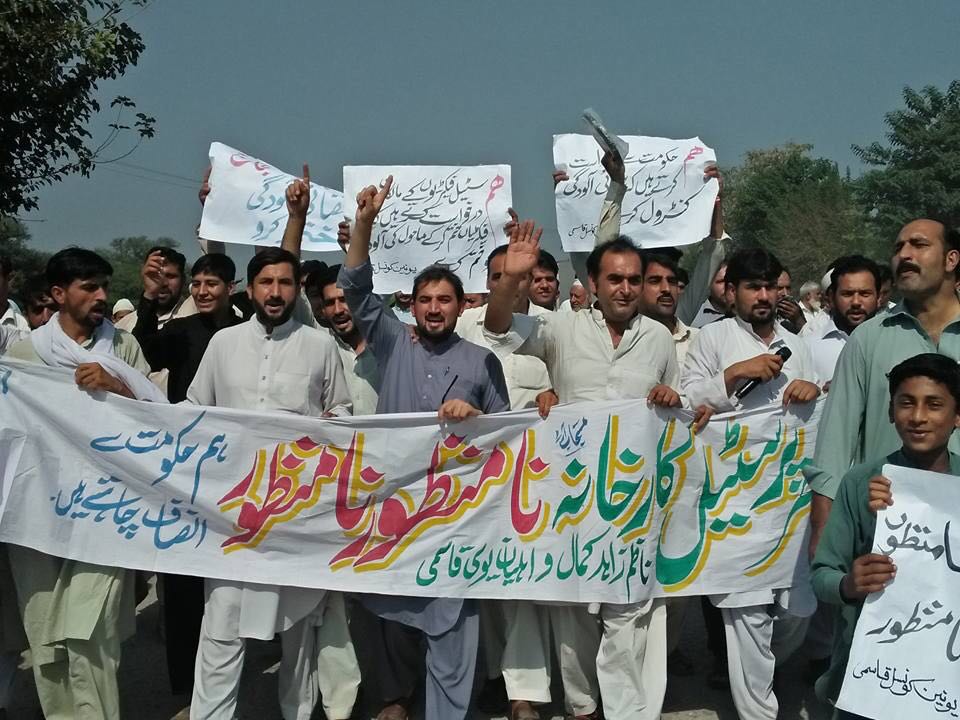 MARDAN, 1 October: The people of Qasimi area of Katlang tehsil in Mardan on Saturday staged protest demonstration against pollution created by a steel mills in the area.

The protest was led by village council nazim Zahid Kamal, while Member National Assembly Ali Muhammad Khan also participated in the protest. The protesters said the toxic gases releasing from the steel mills may cause cancer, lungs diseases and other dangerous diseases among the people of the area. They demanded shifting of the steel mills to uninhabited area, otherwise, they will lock the mills.

“The factory burns scrap and its creates toxic smoke. The factory owner says he has installed a filter and the smoke remains inside but everyone can see the smoke emanating from the mills. This toxic smoke may cause dangerous diseases among the area residents,” he told TNN.

Katlang Assistant Commissioner Rehmat Ali, when contacted, told TNN that he has sent a complaint to Environment Protection Agency over complaints of people, but it said after inspection that the mills was working according to rules and regulations and there was no threat to the health of the local people. The mills is being run on a power house built on Swat river.