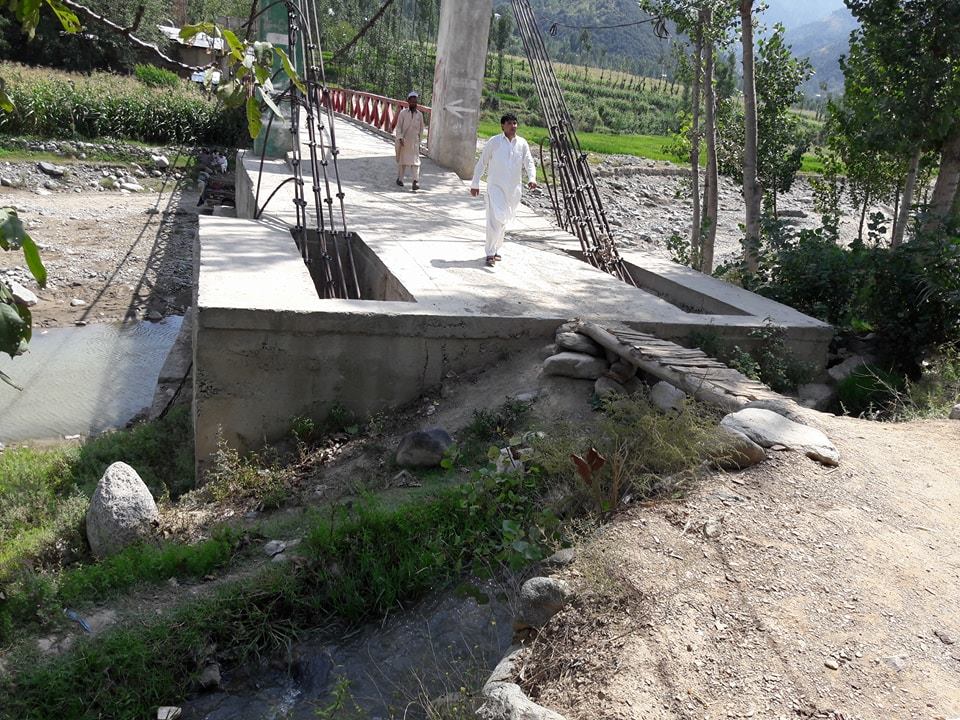 UPPER DIR, 19 September: The people of Delaks area of Upper Dir have called upon the government to complete construction work on the only linking bridge in the area on priority basis and open it for traffic.

The villagers added that the construction work was left incomplete due to which they are facing difficulties in connecting  with the nearby villages of Chenda Kot, Maidan Khwar, Siah Takar Kot, Stara and ShakasKhwar located across the stream.

Bacha Zameen, a local government representative from the area, said construction work on the bridge was stopped in 2010 which could not be relaunched for the last seven years.

Hazrat Bilal, a local resident, told TNN that there are four villages in Delaks who face difficulties while taking patients to hospital.

“The government’s indifference towards this problem has made our lives difficult. We had to carry our patients on our backs when water level rises in the stream in spring season as vehicles cannot pass through it. The government may take action if there was any corruption in the project, but the area people should not be punished and the bridge should be opened to end their difficulties,” he said.

Another resident and leader of PTI Usman Khan blamed that ex-federal minister Najmuddin had taken Rs 40 million from the contractor on the condition that he would complete the project but he failed to do so. He revealed that a case of corruption has been submitted with NAB against Najmuddin and inquiry is underway against him.

Member National Assembly from Dir Sahibzada Tariqullah said this project along with six other bridge projects was stopped due to corruption in these projects. He said the case has been submitted with the National Accountability Bureau (NAB) and the bridge will be opened after completion of the inquiry.