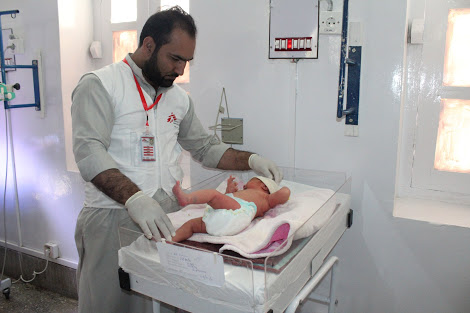 SADDA, 17 September: The people of Kurram Agency have expressed disappointment over closure of Medicines Sans Frontier (MSF), a global medical charity, in the area.

The MSF says it has not been told the reason for leaving Kurram Agency. However, the government has refused to grand no objection certificate (NOC) to the charity. Without a valid NOC, MSF cannot continue to provide medical services in Kurram Agency,

MSF has provided free of cost treatment to over 42,000 patients in Sadda and Alizai area of Kurram Agency during the last 14 years. In Sadda hospital, MSF has been responsible for the out-patient department (OPD) for children under the age of five and the in-patient department for severely ill children up to 12 years old. The neonatal unit provided treatment to babies born prematurely and those experiencing complications immediately after birth. The team also facilitated emergency referrals to tertiary care hospitals by providing ambulance services and medical transfer staff.

The local people are extremely disappointed over closure of the organisation. Irfanullah Orakzai, a local resident, told TNN that MSF provided best medical treatment facilities to locals even during worse law and order situation. He said MSF was considered best medical centre for deliveries and mother and child healthcare.

Former parliamentarian from Kurram Agency, Haji Munir Orakzai also expressed concern over closure of MSF and said it will further increase the problems of the poor people of the area.

The MSF has said in a statement that it will lay off its 97 employees, including doctors, nurses and class-4 workers, after winding up operations in Kurram.

Separate halls were allocated to MSF at the government hospitals of Sadda and Alizai for providing free treatment to patients. The organisation is working in Pakistan since 1986 and its branches in other parts of Pakistan are still providing free medical treatment to people. The organisation is known for providing treatment of Leishmania, immunisation for prevention against different diseases of children, deliveries and epidemic diseases. The MSF said that after end of its operations in Kurram, it was also sending patients from Kurram to its Peshawar’s centre on its own expenses.

Dr Abdul Qadir, who works with the FATA Secretariat, says he is also unaware of the reasons of not giving NOC to the MSF. He said being a resident of Kurram Agency, he is concerned over the development.

Assistant Political Agent Lower Kurram Tariq Khan told TNN that orders of closure of MSF were received from higher authorities. He said the administration has not received any government notification in this regard.