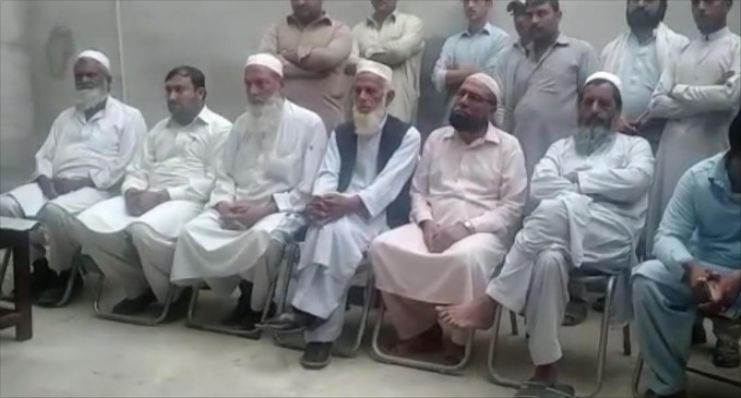 MARDAN, 1 November: The people of Kohi Barmol area of Mardan have decided to expel the family of cooks from the village over increasing their rates for preparing cauldrons on different occasions.

The social welfare committee of the area has asked the shopkeepers and common people to sever all ties with the cooks and also asked the family to leave the village. The cooks of the area said they are facing a lot of difficulties after the social boycott of the village people.

Muhammad Gul, leader of cooks in Kohi area, told TNN that they increased the rates for preparing dishes during different ceremonies as it had become impossible for them to work on old rates.

“The village people committed great injustice against us. Our women are in a state of shock after listening to announcements of our social boycott on loudspeakers. No one, including the Ulema or the elders, from our village or any nearby village came to us to inquire our wellbeing,” he said.

Haq Nawaz, head of the social welfare committee, said while talking to TNN that the cooks increased the charges of cooking a cauldron from Rs200 to Rs300 and shaving rates from Rs50 to Rs100. He said the cooks have also increased the congratulatory amount of marriages to Rs6,000 which is unacceptable. He said the area people had invited the cooks for a Jirga, but they instead made announcements in Hujras (male guest houses) and mosques asking the people to find some other cooks for them. He said the village people took the step after being provoked by the cooks.

“We invited them for talks, but they preferred to go for confrontation and said Pakhtuns will come to our place and we will not visit them. They insulted us by adopting a stubborn stance and now they are facing reaction from the village people,” Haq Nawaz said.

The cooks contacted the district police officer after the villagers asked them to leave the area after which he called representatives from both sides to his office. He directed the superintendent of police and concerned station house officer to resolve the issue amicably.