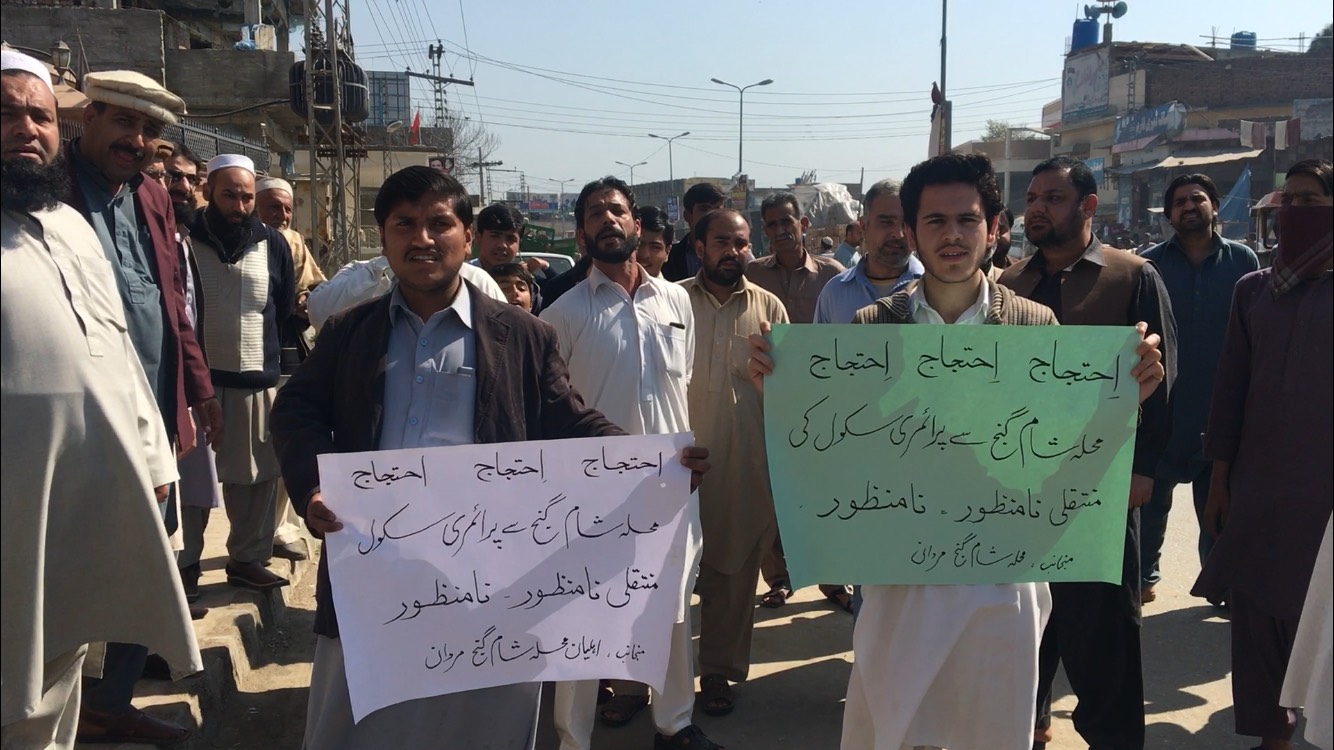 MARDAN: The people of Sham Ganj area of Mardan on Tuesday staged a protest demonstration against the shifting of girls primary school from the area.

The protesters said the Sham Ganj Girls Primary School is being merged with Bakat Ganj school which is not only far away from Sham Ganj but also unsafe for the girls students due to its location inside the city. They said they will be left with no other option, but to block the roads if the decision was not taken back.

“The school is situated here for the last 62 years and now they are shifting it to a location in the city which is not safe for our little girls. Who will take responsibly if anyone harmed the students? The area people will never allow the shifting of the school,” councillor Ishaq Khan told TNN.

When contacted, District Education Officer (Women) Samina Bibi told TNN that Sham Ganj school was being run in a rented building and now the owner of the building has asked the school administration to vacate the building. She said the Education Department also sought the help of the district government to find another suitable building for the school in Sham Ganj, but it was not available due to which there was no option but to shift the school to Bakat Ganj.