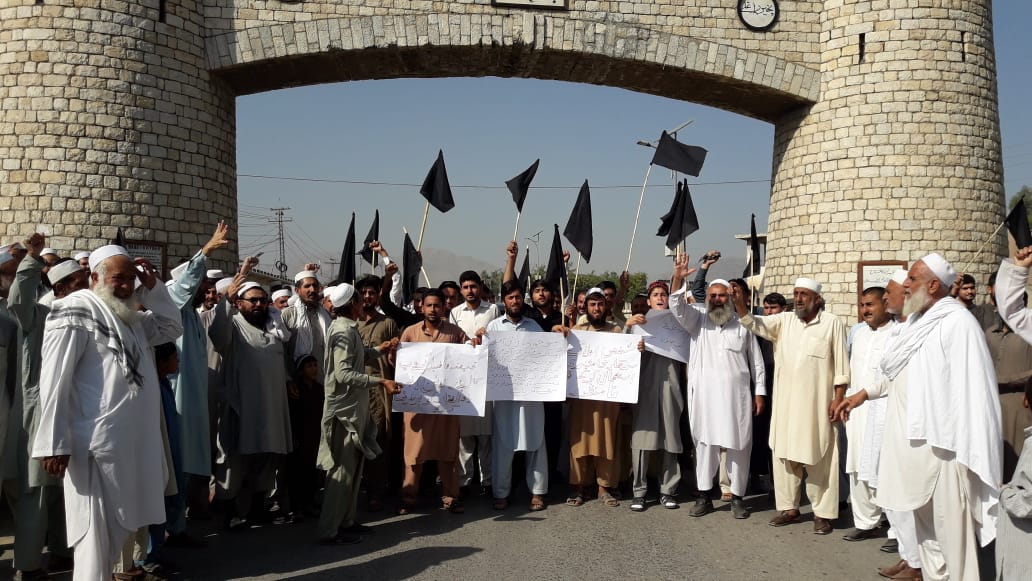 JAMRUD: The resident of Malikabad area of Khyber tribal district on Sunday staged protest demonstration at the Bab-e-Khyber against alleged occupation of their lands.

The protesters were holding placards and black flags and chanted slogans in favour of their demands. They also held a march from the Bypass Road to Bab-e-Khyber. The protesters said they had share in the land attached to the Agency Education Office, but they were being deprived of their right. They said a vegetable market is being established on the land and the political administration of Jamrud sub-division was siding with the occupiers.

They demanded the political administration to provide them justice and take action against the land occupiers. They said their protests will continue till they get their right.