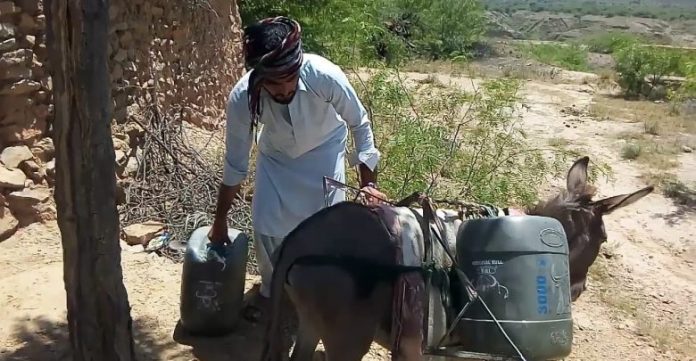 PESHAWAR: Schoolteacher Gul Rehamn, hailing from erstwhile Frontier Region (FR) Peshawar was living in Karachi and he came back to his native village Fridi after his transfer in 1987.

However, Gul Rehman is extremely perturbed as his village having a population of 2,000 people is facing water shortage problem for the last 32 years. He said there are only four tube wells in the area which cannot fulfil the requirements of the whole population.

Gul Rehman said while talking to TNN that the families are compelled to bring water from a barani pool situated about two to three miles distance from residential area. Families use donkeys to bring water and some women also bring water on their heads by covering the whole distance on their feet. He said the water level goes down during summer and tube wells don’t produce enough water.

Gul Rehman said the villagers have formed a pond in the mountains on self-help basis to store water. He said rainwater accumulates in the pond and the village people use this water whenever there is water shortage in the village. He said the water of the pond is not clean, but they had to use it because there is no alternate option. He said the area people, particularly children, suffer from water-borne disease due to the use of polluted water.

“One should migrate from an area where there is no water, but where we will go and who will look after our houses and property in the village,” he questioned.

Momin Khan, another resident of the village, said the villagers brought the issue to the notice of government authorities several times, but nothing was done. He said the village is also facing many other problems, but the residents want solution to water shortage problem on priority basis.

Momin Khan said the political parties’ leaders come to their door when they need votes, but they are invisible after winning elections. He said the government should resolve the water shortage problem in the village on priority basis and hoped that it wouldn’t compel the local residents to stage protests on the issue.