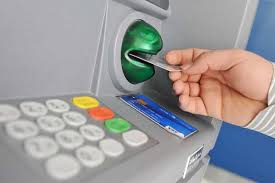 MARDAN, 23 June: Residents of Mardan are faced with a number of problems due to the out-of-order automated teller machines (ATMs) installed by various banks in the city.

They said that there are some machines which are in working condition but they are out of cash. This is why all the bank account holders are forced to visit the banks concerned to withdraw money through cheques.

“Most of the ATMs are out of order and there are long queues at the ATMs which are functional. It’s too hard to wait for your turn in such a hot weather while fasting. The rush on ATMs is due to the holders of Benazir Income Support Cards. I need money on emergency basis but there is no way to get money from ATMs. All the banks should immediately resolve this problem,” one of the affectees said.

Talking to TNN, officials of a number of banks said that most of the people do not have any knowhow about using ATMs and this leads to rendering ATMs out of order. It takes some time to turn them into working condition again, they said.