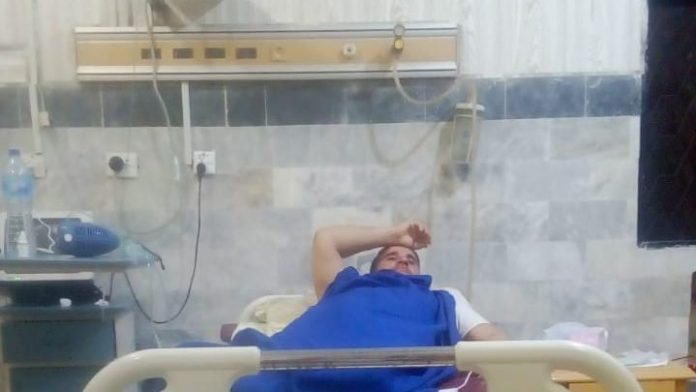 BUNER: A primary school teacher (PST) from Nansir village in Buner, Taj Wali Shah, was tense after his coronavirus test came back as positive, but more concerning fact for him was that the village people thought he was staging a drama to get money from corona funds.

Taj Wali said he was feeling unwell since April 24 as he was suffering from high fever and his whole body was aching and the medicines given by a local doctor were ineffective. He went for a coronavirus test at Mardan Medical Complex on May 03 which came back as positive after three days.

“I was extremely worried and feared that I might die from the disease. I almost forgot myself due to lack of proper sleep and worries about my family. I had also lost appetite,” he said, adding that he was particularly disappointed after many of friends and relatives stopped contacting him.

Taj Wali was also concerned about the wellbeing of his family and feared that they might also have contracted coronavirus from him. He said 18 members of his family were quarantined and four of them were diagnosed with the virus after tests. However, he said, his family members were fortunate that they recovered even before showing symptoms of the disease.

The schoolteacher said very few people had contracted coronavirus in Buner at the time when he was diagnosed with the virus. He said after 11 days of isolation, he was shifted to quarantine centre at Garden Campus at Abdul Wali Khan University on May 13. He said his samples were collected again on May 12 and result came after a long wait on May 20 which was positive again which shatter his hope of going home. He said he was then shifted to Daggar quarantine centre in Buner and he finally got permission to go home on May 31 after his third test came back as negative.

Taj Wali said although doctors had advised him to observe further isolation at home for at least one week, but he was still happy over seeing his children again, although from a distance. He said he is constantly advising people coming to inquire about his wellbeing to take the issue of pandemic seriously and adopt precautionary measures.