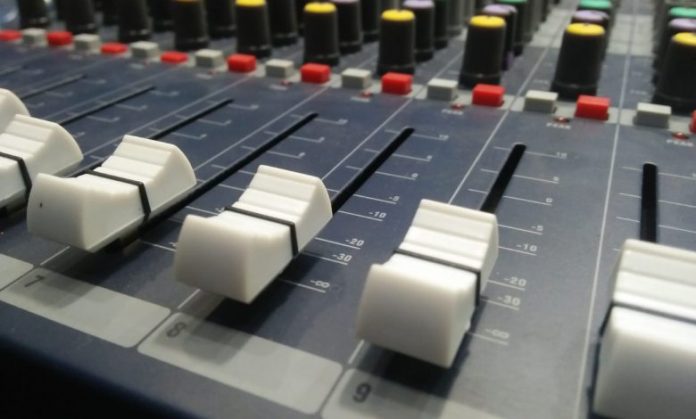 PESHAWAR: Radio is still a preferred mode of mass communication for many households and many radio jockeys (RJs) become role models for listeners by hosting interesting programs.

Some RJs are very famous and they are playing a commendable role in bringing positive change in the society, particularly in the fields of girls education, women’s health etc. They are performing the role of eyes and ears of the society, but unfortunately despite being role model for others, they are confronted with many problems.

Umar Rehman (supposed name), who works with a state-run radio channel, says he has passion to work in radio and make name for himself, but the remuneration for the job has disappointed him. He says he is associated with radio since 2013, but he is earning less as compared to his contribution. He says he gets Rs600 for one program and takes home just Rs480 after deduction of 20 percent tax.

“I cover a distance of 80 kilometres to reach the radio station and spend Rs300 during travel. So I could only take Rs180 in my pocket which is too low to meet routine expenses of my family,” Umar Rehman told TNN.

He says those doing creative work must be paid well.

Watan Radio FM 90.8 Station Manager Mehboob Jibran says remuneration of a program host depends on his abilities, skills and nature of program. He says his channel offers from Rs500 to Rs1,000 to RJs depending on program format. He says remuneration also depends on advertisements. He says private radio channels have improved their pay, but government channels are still paying too little to RJs.

People associated with radio journalism formed Radio Broadcasters Forum in 2019 to work for resolution of problems faced by radio journalists, but it couldn’t contribute much to achieve its goals.

Women RJs are particularly facing more problems. Samina Naz, who works in a Peshawar-based radio channel for last five years, says they don’t get membership of the press club and they are not considered journalists even if they hold valid degrees in the subject.

Samina Naz says the remuneration of RJs is too low. She says unemployment has made the matters worse as if some RJ refuses to work for Rs600, then someone else comes to do the job even for lower payment. She says the problems of RJs can be reduced by fixing a monthly salary for them like other journalists.

Samina says there is a misconception in society that girls working as RJs are considered ‘liberal’. She says most of RJs are highly educated, but they are completely ignored when it comes to talk about their rights. She says joblessness compels many RJs to do such programs which they wouldn’t do if they had other options.

“Good-looking girls get work easily as compared to those girls who are not so glamorous. Some offices even don’t have the facility of separate toilet for women,” she said.

Samina says there is a long process of registration with Radio Broadcasters Forum. She says the Forum is making efforts for resolving problems of RJs, but no one is listening to them.

Radio Broadcasters Forum President Khaista Rehman says he has also worked as news anchor, RJ and drama artist and knows very well about the importance of these professionals. He says radio workers are working hard to contribute for improvement of the society, but they are not getting anything in return. He says he has brought people working for radio at same forum who work for their rights under an organised manner.

Khaista Rehman says the Forum observed World Radio Day first time in Khyber Pakhtunkhwa. He says the Forum has formed a policy and Special Assistant to Chief Minister on Information Kamran Bangash will soon present it in the KP Assembly for approval. He said the issue of low salaries, security and accommodation of all professionals associated with government and private radio channels is covered in the policy.

He says the policy, if approved, will ensure minimum Rs20,000 salary for radio workers and they would also be registered with Labour Department for pension. He says recommendations about marriage grant, baby grant etc have also been made in the policy.

Mehboob Jibran said most of people join radio by choice, but very few trained people are available. He says it has also been seen that people just listening radio come to radio channels to become RJs. In that case, he says, the channels give them Rs100 or Rs200 just as travelling charges. He says radio is a great learning institution where youth not only get and share knowledge, but also earn livelihood.