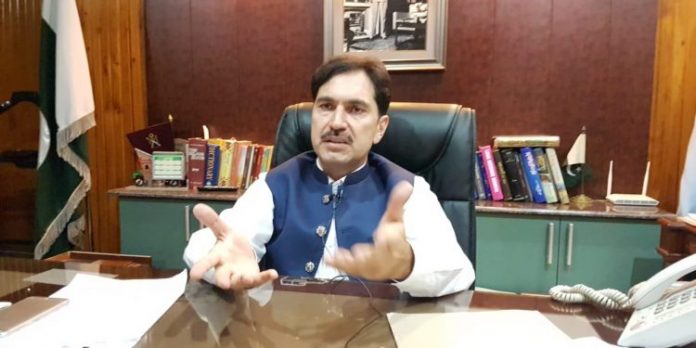 BARA: Deputy Commissioner Khyber tribal district Mehmood Aslam Wazir has said that there is no no-go area in any constituency of Khyber district.

Talking to media representatives on Friday, Mehmood Aslam Wazir said there is no restriction on any election candidate as such and every candidate can go to any area to run his/her election campaign. However, he said, it is mandatory to take permission from the district administration before arranging any political rally so that adequate security arrangements are made for it.

The deputy commissioner said the Levies and Khassadar personnel, like in the past, will again perform security duties for elections in the tribal districts. He said the district administrant hasn’t received any special orders from the provincial government over security arrangements. However, he said, the administration will arrange security in coordination with the police and Election Commission of Pakistan (ECP).

Mehmood Aslam Wazir said all the political parties and independent candidates have been informed about the code of conduct of elections in tribal districts. He said all candidates and parties will have to strictly follow the election code of conduct. He said all the line departments have also been asked not to try to influence the election campaign. He said there will be complete ban on display of arms during elections.

Mr Wazir assured that there is no no-go area in Bazaar Zakhakhel. He said the candidates must contact him directly if they face any difficulty in going to the area. He said polio vaccination teams and media representatives are also going to the area. He said the administration will discourage the use of huge posters and banners in order to ensure elections in a peaceful atmosphere.

Mehmood Aslam said people will be informed about all steps of the administration. He said the Pakistan Army and Frontier Corps (FC) personnel will stay away from elections under the government policy. He appealed to the people of the tribal district to fully cooperate with the security personnel in maintaining peaceful environment during the polls.

Elections on 16 general seats of Khyber Pakhtunkhwa Assembly in the tribal districts will be held on July 20.