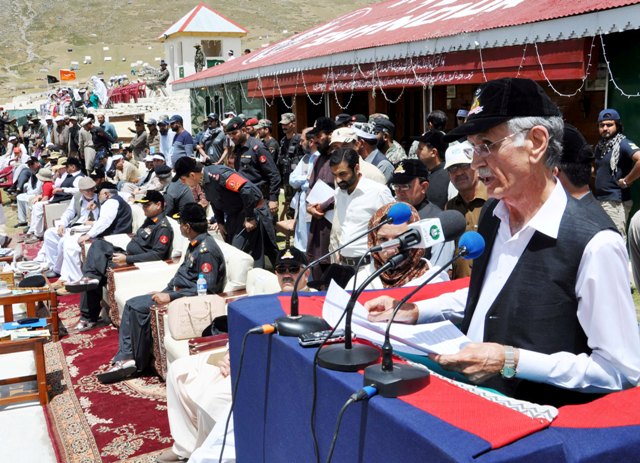 Addressing the opening ceremony of the three-day Shandoor polo festival in Chitral on Friday, the chief minister said 55 hydro-power projects will be completed in Chitral at the cost of Rs200 million. He said these projects will benefit 50,000 people.

Mr Khattak said solar power panels will also be distributed among 3,000 families in Chitral and the district will also receive a major share from the funds specified to promote tourism in KP. The chief minister also announced establishment of a university in Chitral. He also congratulated the Tourism Department over successful arrangement of Shandoor festival and welcomed the tourists and sportsmen.

The annual three-day polo festival got underway in Chitral on Friday. The festival is being organised for 80th time which also hosts competitions in other sports and traditional music. A large number of visitors from Pakistan and other countries visit Chital every year to enjoy the festival.