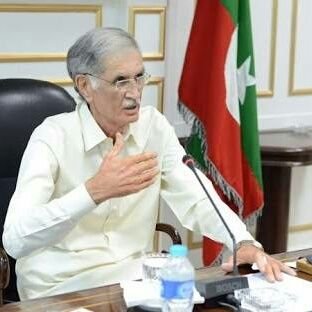 Addressing a news conference at the Chief Minister’s House here on Monday, he said that he welcomed the decisions of the federal cabinet to mainstream Fata, however, every point of the reforms agenda needed to deliberated and discussed with the KP government.

“There are many points which need to be clarified and I will write a letter to the Prime Minister in this regard,” he said.

He pointed out that the elected members of the provincial assembly from Fata would have no power to make legislation regarding Fata.

“Since Fata will become part of the Khyber Pakhtunkhwa province after five years, the federal government must take KP government on board. If the anomalies pointed out by the provincial government were not addressed, an administrative vacuum may create after 2018,” he remarked.

“The proposal to amend Article 106 of the Constitution is not sufficient. Articles 1, 246 and 247 should also be amended,” he said.

He demanded that the Fata secretariat should immediately be dissolved and the administrative powers to govern Fata should be delegated back to the provincial government.

He further said that the reforms committee’s recommendations were silent on the transformation of levies into regular police force.

“We have regular governance system in Fata and that is why we stress that the KP government should be taken into confidence during the transition period,” he said.

Pervez Khattak also pointed out that initially the federal government was saying that Fata would be merged with Khyber Pakhtunkhwa, but now the word “merge” has been replaced with “streamlining” the Fata.

He suggested that the governor and chief minister should jointly chair the special committee which would prioritize the preparation of 10 years socio-economic development plan for tribal areas.