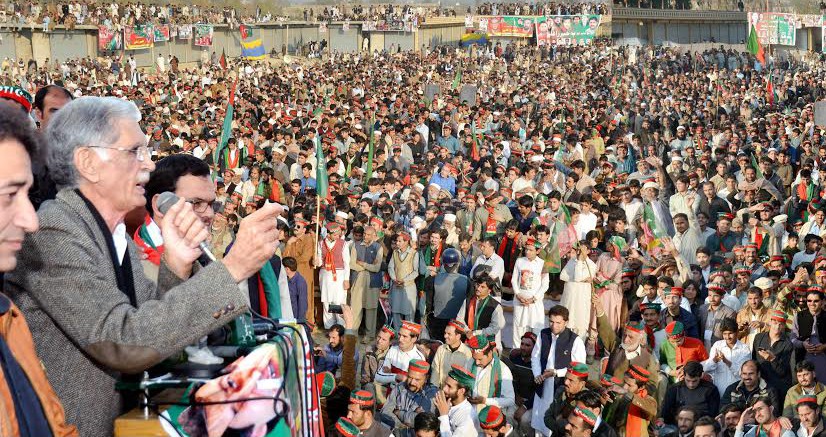 Addressing the gathering Pervez Khattak said that the past rulers did not work for the betterment of people but only worked for their vested interest.

He alleged that the ANP leadership looted billions of rupees from the public funds and had record of corruption. He said the Rs250 million returned by Masoom Shah, the political advisor of former chief minister Ameer Haider Khan Hoti to the National Accountability Bureau (NAB) as plea bargain was manifestation of the corruption of the rulers.

Pervez Khattak said the incumbent government had fought against terrorism, corruption and bad governance. He said the law & order situation had improved considerably in the province.

He also lambasted the past rulers for dividing the nation through separate education system, the one for the elite and the other for the poor. Pervez Khattak said his government introduced dozens of legislations to bring openness and transparency in the public dealings. He said that previous rulers did not devolve power and authority at grass root level. His government did it with transferring 35 billion rupees to the district government system so that they could plan their own development.

He said the government had setup fund of Rs1 billion for the youth and constructed 76 playgrounds at tehsil level. He asked the youth to launch a discourse against corruption, loot and plunder and interference in the institutions so that we could have a plan to move forward and put our country on development. The Chief Minister announced Rs100 million for different projects in the area.