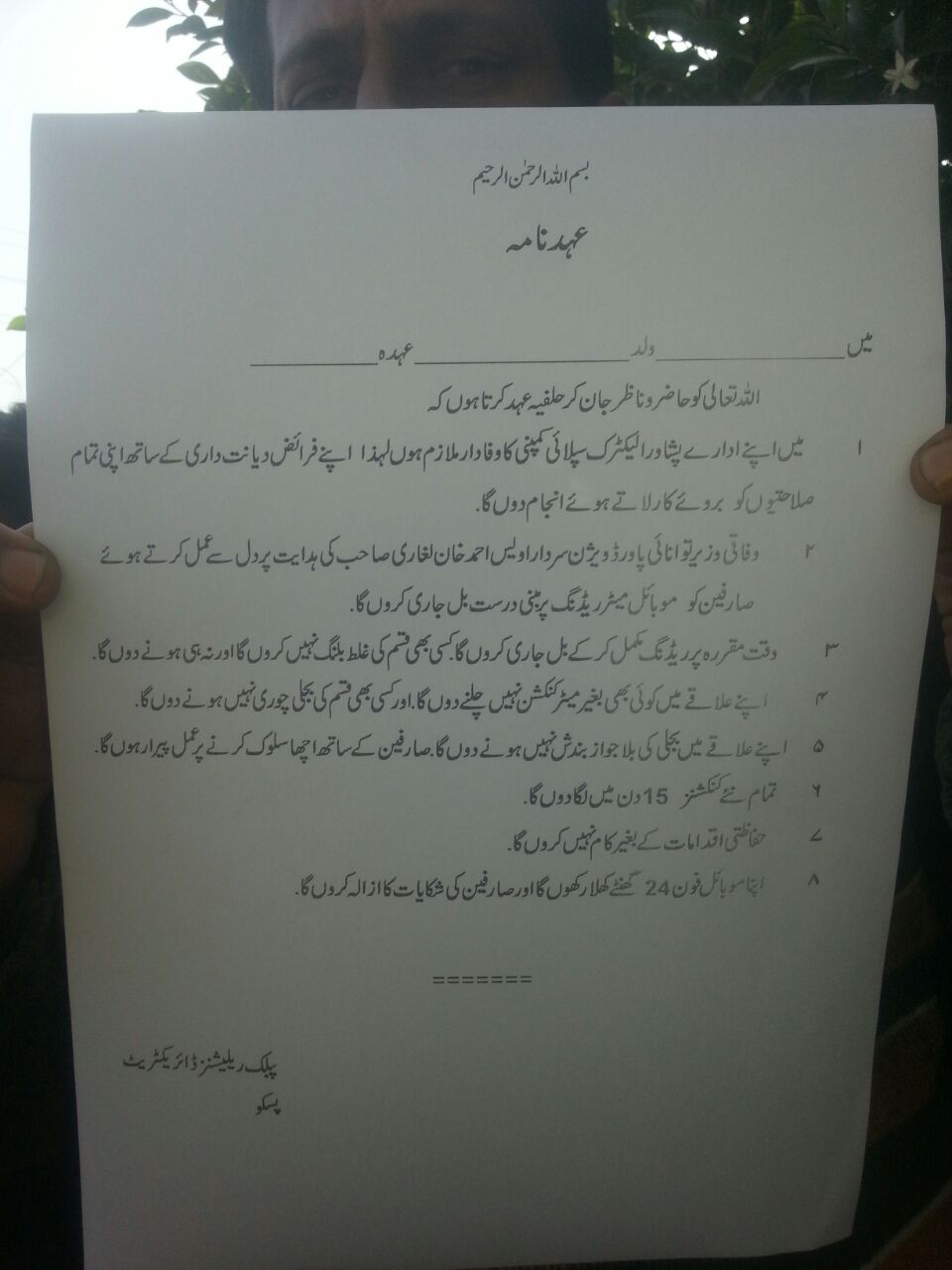 PESHAWAR: The Peshawar Electric Supply Company (Pesco) employees on Saturday swore that they would perform their duties honestly and avoid overbilling and would ensure accurate meter reading.

An oath was administered to the employees from Mardan, Peshawar and Khyber Agency circles at a ceremony with Chief Executive Officer Shabir Ahmad in the chair. A large number of employees from Peshawar, Mardan and Khyber circle of Pesco including engineers, sub-divisional officers, meter readers and supervisors were present on the occasion.

The employees swore that they would never be accomplices in power pilferage, ensure accurate meter reading, avoid overbilling and not indulge in bribery. They vowed that they would keep their cellular phones switched on to address consumers’ complaints on time.

They also promised that they would process application for installation of a meter within 15 days and would not suspend power to any area without a valid reason.

Later talking to reporters, CEP Pesco alleged that police was not cooperating with Pesco to recover the arrears and revealed that Rangers might be sought in this regard.