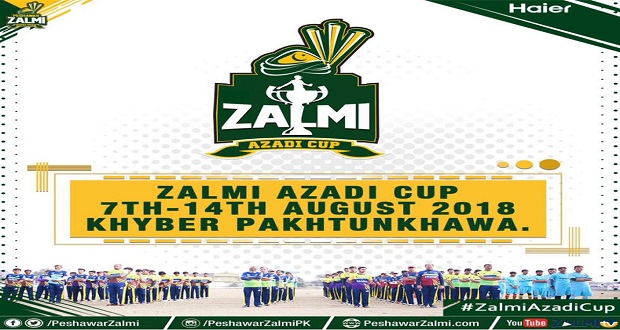 The opening two matches for played at the Arbab Niaz Stadium where Chairman Javed Afridi has dedicated this cup to all those who have laid their lives for this country.

The event will take place on August 7-14 in which teams from all across Khyber Pakhtunkhwa will participate whereas 53 teams and more than 1000 players will play in the Azadi Cup 2018.

Inaugurating the event, Peshawar Zalmi owner Javed Afridi stated that after the launch of Haier Zalmi 100 pitches project, Zalmi School League and Zalmi Madrasa League, the Zalmi Azadi Cup will provide a platform for the players to showcase their talent and more talent will emerge through this initiative.

It is a source of joy for the people of Khyber Pakhtunkhwa to add to their independence fever.