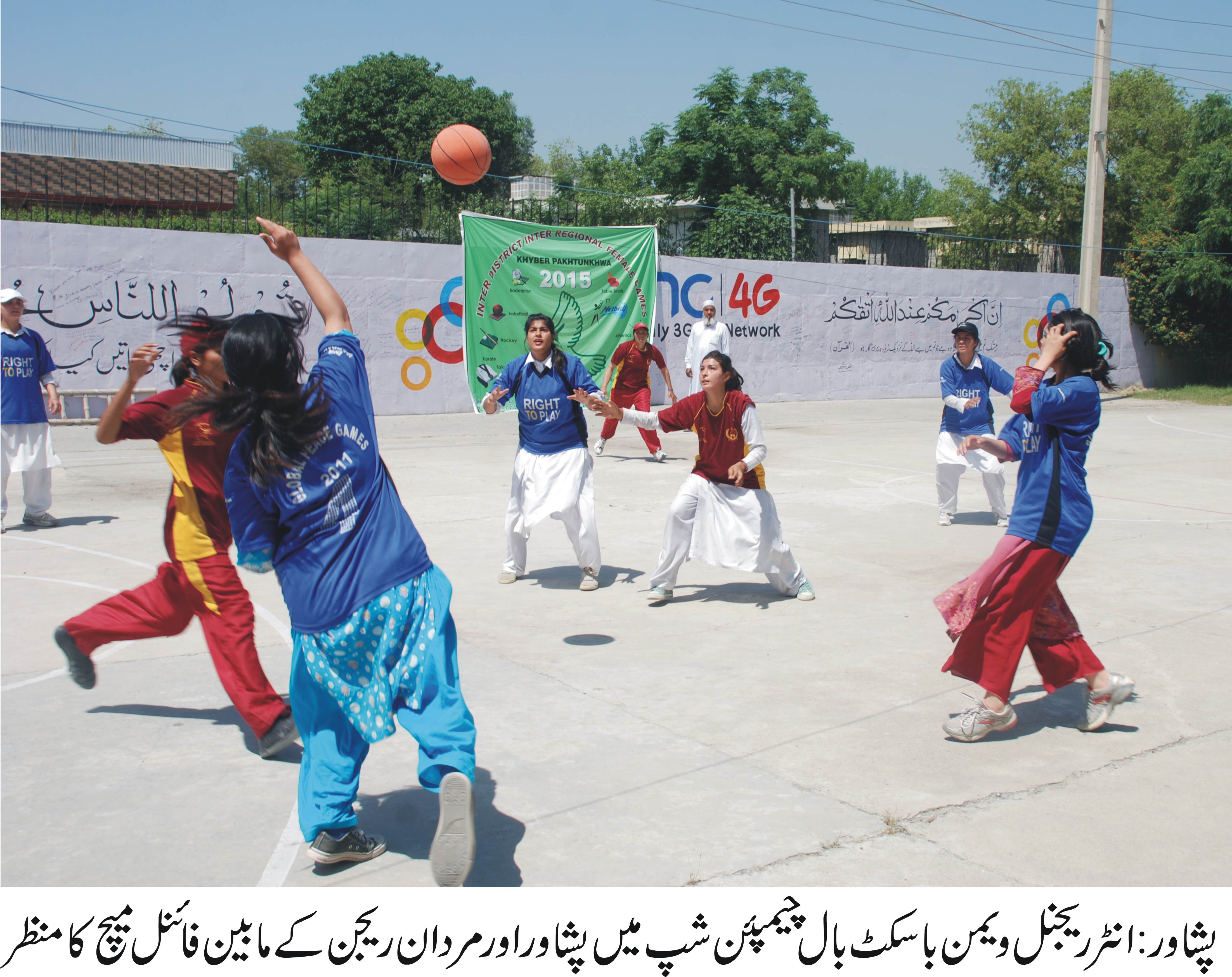 Held at Nowshera Girls Degree College, the Peshawar region defeated Mardan region with a margin of 57 points. The event was held under the aegis of the Directorate of Women Sports.

Principal of the college, Sadaqat Kausar, who was the chief guest distributed prizes among the winner and also-ran team.