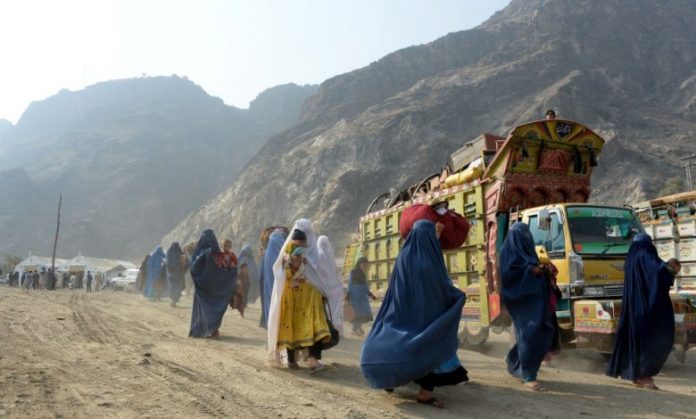 “Peshawar was not so densely populated prior to the Soviet invasion of Afghanistan” Karim reminisces.

He said that following the influx, the city run short of rented houses. “There came a time, when four to five families started living in one house,” he said.

Peshawar is the largest city of the province and according to 2017 census its population stood at 4.2 million. A large of Afghan refugees is also among the city’s burgeoning population.

On the other hand, population expert said that in 1980s, nearly 72 per cent of the country lived in rural areas while remaining 28 per cent in cities.

Khyber Pakhtunkhwa population is increasing rapidly, Mr Karim told TNN.  He said these days it was even difficult to find a house in the city. “These days, a two marla house in the interior city costs from Rs 6 to Rs 9 million,” he said.

Mr Karim said that a three to four marla house cost up to Rs 7 million in areas adjacent to city.

He said that vacant plots prices have also gone up while sanitation situation of city has also deteriorated due to overpopulation.

Fazal Rabi, director of Afghan Commssionerate said that around 33,000 Afghan refugees have arrived in Pakistan since May this year. He said that Society for Human Rights and Prisoners Aid has registered 27,000 of these refugees. “Among the refugees, 52 per cent were males and remaining 48 per cent females,” he said.

Muhammad Ali, a property dealer said that the property prices have gone up considerably since the arrival of Afghan refugees. “Price of a marla land in Peshawar Cantonment which was Rs 1.5 to 1.8 million has now jumped to Rs 3 million,” he said.

Mr Ali said that a marla of land in Gulbahar cost Rs 2.5 million in 2020; however, the prices have gone up to Rs 4 million.

He said that Afghan refugees’ were tightly knit families and three to four brothers jointly purchased house for up to Rs 20 million. “This pushed up houses prices,” he said.

On the other hand, Mr Ali said that urban population preferred to stay in small houses.

Nazir Gul, a resident of Wazir Bagh said that he has lived in a rented house for past many years. He said that these days, it was difficult to find rented houses due to presence of large number of Afghan refugees in the city.

Mr Gul said that internal migration has also added to this mix. He said that large numbers of people from other parts of the province were also migrating to Peshawar.

It is estimated that up to 80 million people were living in cities across Pakistan currently.

The rising population has led to deterioration of law and order in provincial capital. Peshawar crime rate has gone up to over 42 per cent in past three years, pushing up numbers of thefts, murders and extortion.