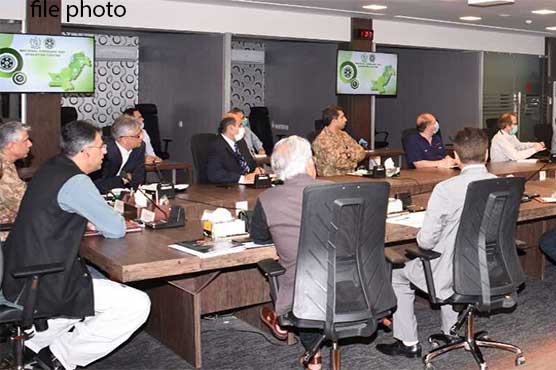 PESHAWAR: Peshawar has emerged as the city with highest ratio of coronavirus positivity as it has a positivity rate of 19.65 percent as compared to the overall 7.20 percent in the country.

This was revealed at a meeting of the National Command and Operation Centre (NCOC) chaired by Federal Minister for Planning, Development and Special Initiatives Asad Umar in Islamabad on Friday.

The NCOC was briefed by health experts that the COVID-19 positivity ratio across the country has reached 7.20 percent. The positivity rate of corona is 17.73 percent in Karachi, 16.32 percent in Hyderabad, 6.41 percent in Balochistan and 4.81 percent in Gilgit-Baltistan.

As far as provincial data is concerned, Sindh has the highest positivity rate of 13.25 percent, Azad Jammu and Kashmir has 10.79 percent positivity ratio, Punjab has the lowest ratio at 3.59 percent, Khyber Pakhtunkhwa’s ratio is 9.25 percent, Islamabad of 5.84 percent and Balochistan has 6.41 percent.

Since the outbreak of first wave of coronavirus, Pakistan is witnessing different trajectories regarding spike in cases. The previous highest positivity ration in Pakistan was recorded at 23 percent in June, while in September, the positivity rate was brought down to 1.7 percent. Experts believe that the second wave of coronavirus in Pakistan may prove more damaging if precautionary measures were not taken. The NCOC was told that the number of critical patients in Pakistan is also increasing at an alarmingly fast pace. At present, there are 2,112 critical corona patients in Pakistan. For three consecutive days, Pakistan has reported over 3,000 corona cases.

The NCOC was also told that meetings have been held with Ulema and marriage hall associations to ensure the implementation of standard operating procedures (SOPs) in mosques and wedding halls. The NCOC appreciated the role of Ulema in creating awareness about coronavirus.

Asad Umar said while addressing the meeting that continuous monitoring and anticipation of likely pattern/disease prevalence is most important as only this will help us in required response for corona. He said the Health Ministry must issue guidelines and directions to follow precautionary measures as laid out by the government in order to ensure public health and safety.