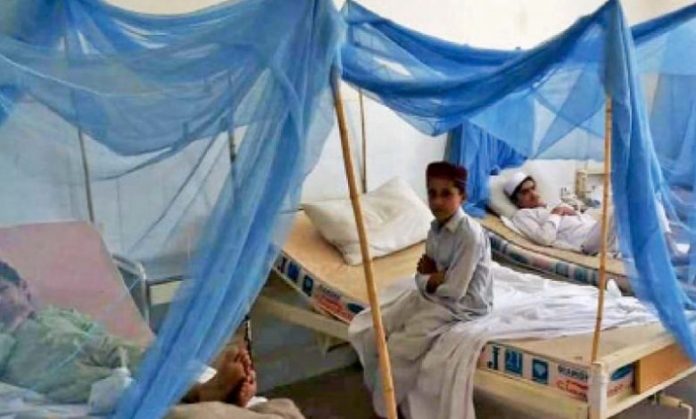 Health department figures released on Tuesday also declared 10 localities of provincial capital the dengue hotspots. The hotspots include densely populated areas like Tehkal and villages on the outskirts of city inlcuding Achini and Sufid Dheri.

Health authorities said that number of cases in the hotspots was on the rise.

However, on the other side, residents in these areas claimed despite the alarming rise in dengue cases, authorities failed to carry out proper fumigation in those areas.

The residents also complained high cost of dengue tests and unavailability of medicines.

Health department figures showed that a total of 9342 dengue cases have been reported from across the province.

Provincial capital has recorded highest number of 4779 dengue cases or more than half of provincial tally. According to health department, nine people have died after contracting dengue across Khyber Pakhtunkhwa.