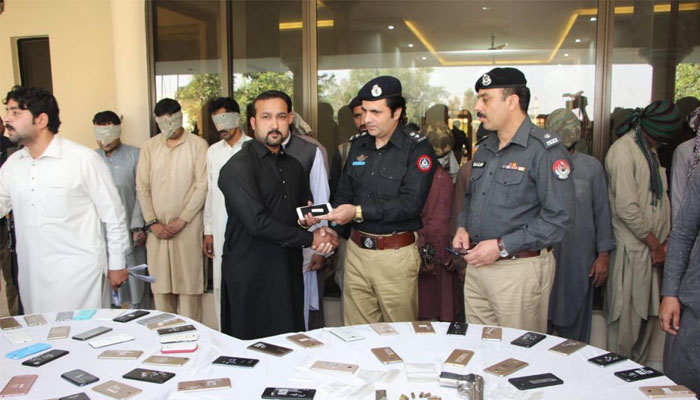 PESHAWAR: The Peshawar Police on Saturday arrested a 9-member gang of mobile phone snatchers and recovered dozens of mobile sets from their possessions.

The police said that more than snatched cellular phones were recovered and returned to their respective owners in a ceremony.

After receiving complaints, a special squad was formed by Peshawar CCPO Qazi Jamil. The mobiles were being smuggled to Afghanistan.