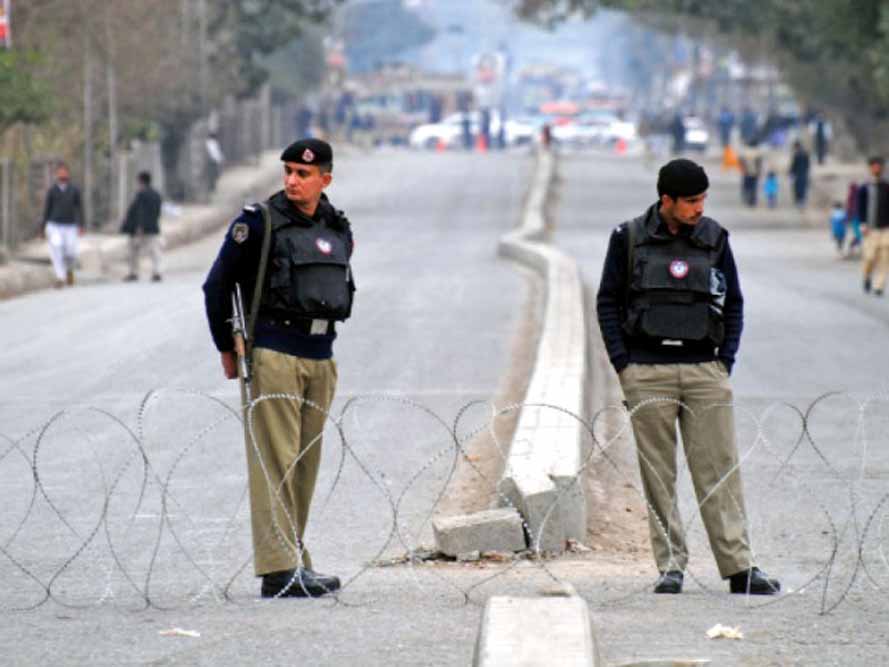 PESHAWAR, 20 June: Peshawar police chalked out a major security plan to maintain law and order situation and foil any terror bid in the provincial capital on Eid-ul-Fitr.
SSP operations Sajjad Khan said the holidays of police officials have been cancelled on Eid to provide extra security. He said five to six police personnel would be deployed on famous mosques, Imambargahs and other important public points to foil any untoward incident during the three days of Eid-ul-Fitr. He said that three days prior to Eid, police patrolling would be increased in the city adding that strict security measures would be exercised in bordering areas of Fata. Extra personnel would be deployed at check posts on the occasion of Eid, SSP Operations added. He said that cops had been directed to provide peaceful atmosphere to the general public so that they can observe Eid-ul-Fitr in a religious fervour.
Police were also directed to launch a special campaign against aerial firing on the eve of Eid-ul-Fitr. Policemen will perform duties on roads, busy shopping centers and other sensitive buildings during three days of Eid celebration.
Special duties have been assigned to city police while their holidays have been cancelled to perform duties on the occasion of Eid-ul-Fitr. Special focus would be given to public parks including Colonel Sher Khan Stadium, Khalid Park, Bagh-e-Naran and Tatara Park because people from the far-flung areas visit these parks for enjoyment.