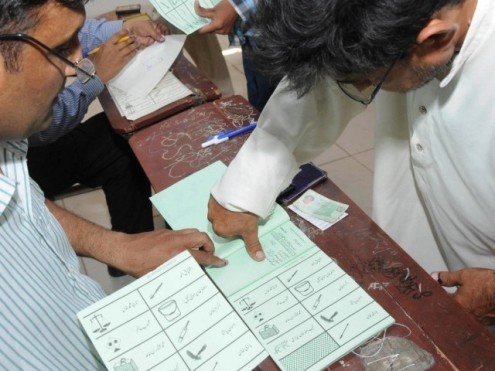 PESHAWAR: Police have finalized security arrangements for by-polls on PK-71 where 1900 police personnel will be deployed to provide security.

He said that 80 policewomen would also perform duties on election day while eight to 10 policemen would be deployed on every polling station. He said that 30 checkpoints have been set up on every exit and entrance with tribal areas while 500 reserve personnel will be on high alert.

A special unit of police will assist army personnel in transfer of ballot boxes to polling stations. The seat had fallen vacant after Shah Farman resigned. Tough contest is expected between PTI and ANP candidates.