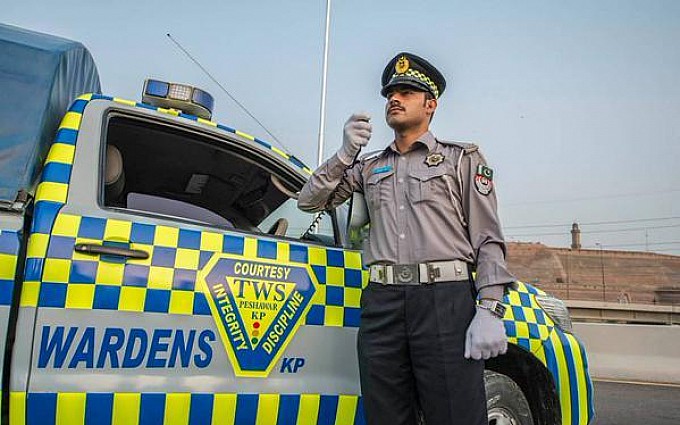 PESHAWAR, 08 September: Traffic police have finalized plan for ensuring the smooth flow of vehicular traffic in Peshawar on the occasion of Eid Al-Azha, said a press release issued by Traffic Police Peshawar here on Thursday.

It said that 142 personnel would discharge their duties on the first day of Eid while 350 and 650 personnel would be deployed at different points in the city on the second and third day of the Eid respectively.
It also said that special arrangements have been made to avoid traffic jam and address parking issues at different picnic spots.

In addition, an emergency squad has also been constituted to maintain the flow of traffic and deal with emergency situations, said the statement. It added that separate squads have been formed to counter one-wheeling and bike riding without silencers