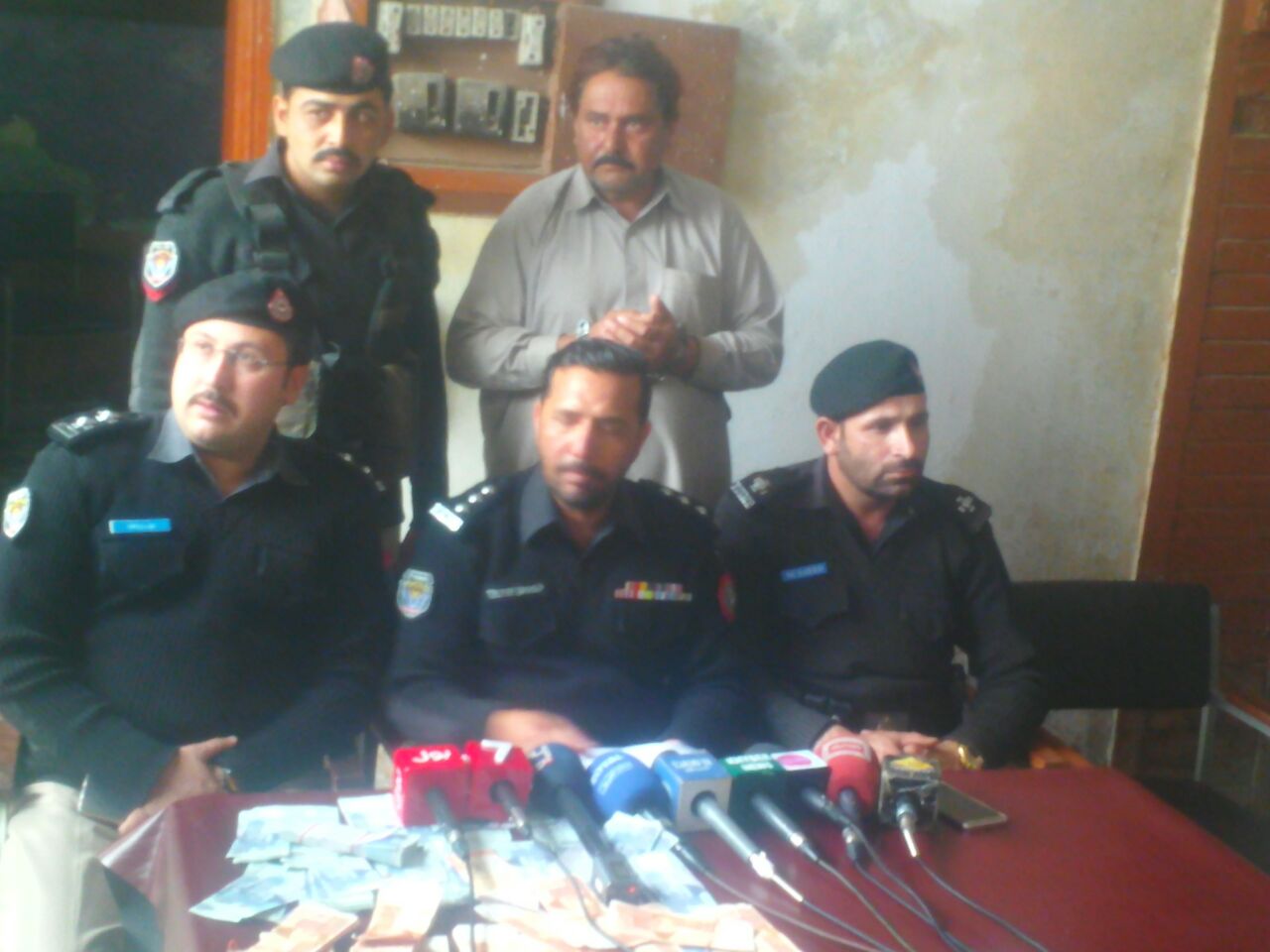 PESHAWAR, 20 February: Peshawar police on Sunday thwarted an attempt to smuggle illegal currency worth Rs 2.4 million and arrested the smuggler.

DSP Faqirabad revealed that the criminal named Noor Habib was attempting to smuggle illegal currency worth Rs 2.4 million to Punjab. He said that the police took prompt action and arrested the smuggler along with illegal currency during the search operation in Haji Camp bus stand.

It has also been reported that the arrested criminal was hailed to a banned outfit and his son Zia-ur-Rahman alias Umar Naray was an important commander of Tehreek-i-Taliban Peshawar who was killed in a clash with the security forces in Mattani area.

SSP Operations Sajjad said that seized money was supposed to be used for acts of terrorism.