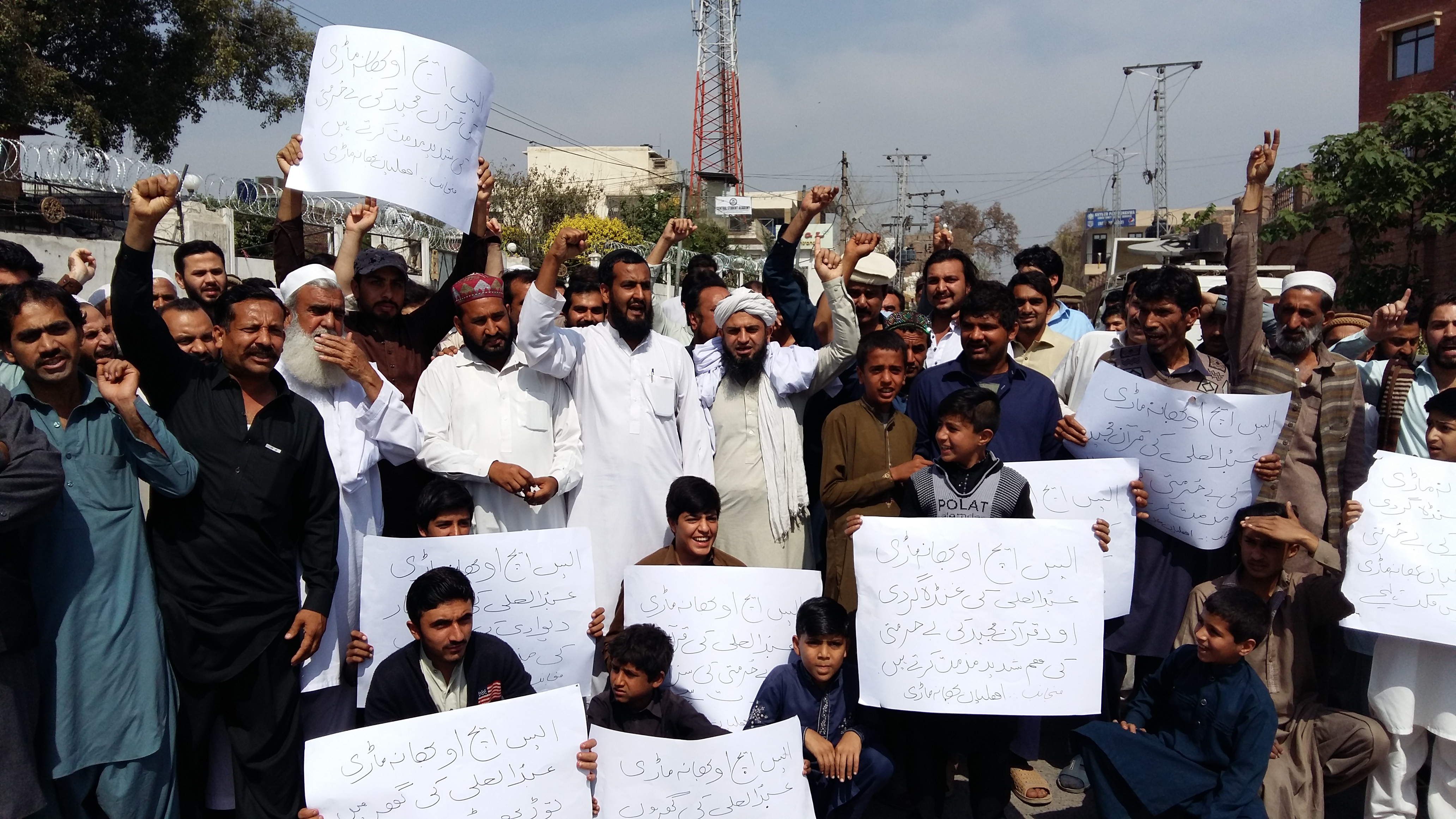 PESHAWAR, 18 March: Score of local residents of Peshawar on Saturday staged a protest demonstration against the SHO Bhana Manri police station for humiliating and beating women during raid on a house.
The protesters including the local body government representatives gathered outside Peshawar press club and chanted slogans against SHO Abdul Ali Khan and other policemen. They said that yesterday night SHO Abdul Ali Khan along with other police personnel raided the house of Nawaz Khan and resort to beating women inside the house.
Talking to TNN, district council member Rehman Afzal said that police have registered baseless case against Nawaz Khan. He said that police have alleged in FIR of recovering one kilogram hashish from Nawaz Khan. He warned that the protest camp would continue until suspension of SHO and DSP.
Meanwhile, DSP Wahid Khan said that th2e accuse Nawaz Khan is a known drug peddler of the area. He further said that the police raided Nawaz Khan’s house in presence of female police officials. He accused the district council member Rehman Afzal of supporting criminals.