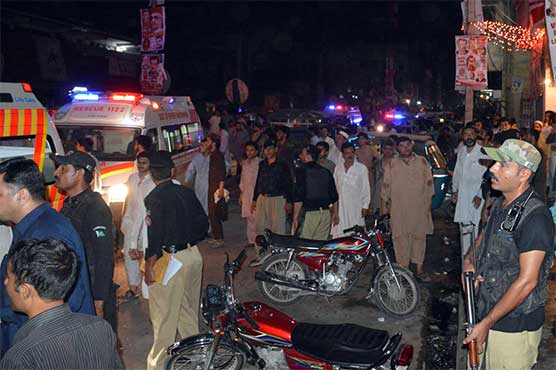 PESHAWAR: Another person who sustained injuries in Tuesday’s suicide attack on the Awami National Party (ANP) corner meeting in Peshawar succumbed to his injuries on Wednesday night after which the death toll in the tragic incident soared to 22.

Sources in the Lady Reading Hospital said Adil, who along with over 60 other people sustained injuries in blast in Yakatoot area of Peshawar, succumbed to his injuries on Wednesday night.

Meanwhile, the Khyber Pakhtunkhwa Bar Council continued boycott of courts for second consecutive day on Thursday against Peshawar terror attack. The bar council said in a statement that the lawyers will not appear before the courts to protest the incident. They demanded arrest of Haroon Bilour’s killers and provision of security to election candidates.

Security has been enhanced in Peshawar and other cities of Khyber Pakhtunkhwa after the terror attack on the ANP corner meeting.