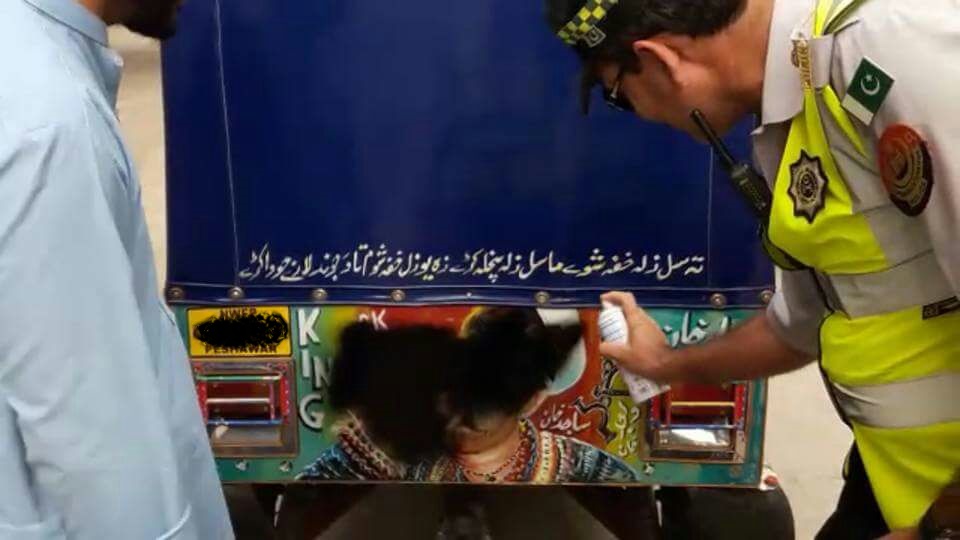 PESHAWAR, 7 November: Peshawar Traffic Police has initiated a campaign of removing pictures of movies showing violence from rickshaws and other public transport vehicles.

During the campaign, which was initiated on Monday, traffic police officials are removing violent pictures of movies from the public transport vehicles with the help of paint spray.

The people of Peshawar have appreciated this campaign of the traffic police. They said violent pictures on public transport vehicles put negative impact on the mind of the youth.